It is time to transform transport in Polish agglomerations

Limiting vehicle traffic in city centres is a necessary step to overcome smog. Regulations are needed to allow local governments to better control which vehicles are permitted to be allowed on the streets. The current instruments introduced by the act on electromobility and alternative fuels, i.e. clean transport zones do not work well.

Traffic jams on the streets full of smog-emitting vehicles and excessive concentrations of harmful nitrogen oxides in the air - this is the reality of many Polish cities that are struggling with the problem of smog. There are many factors that contribute to this terrible condition. Irregular, chaotic buildings and a street layout that is not conducive to getting around are one issue. The second is the development of aeration wedges, which can ensure greater air movement, and thus a lower concentration of exhaust gases in a given area. Thirdly, air quality is significantly influenced by the number and age of vehicles on Polish roads.

Both arranging the architectural mess, changing the approach to spatial planning, and rejuvenating the vehicle parking on the streets are difficult reforms that cannot be implemented overnight, changing the regulations in only one act. Comprehensive strategies and thoughtful actions scheduled for years are necessary, as well as appropriate instruments that will allow local governments to improve the air condition because they are on the front line with smog and pollution from transport. 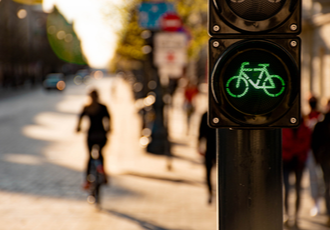 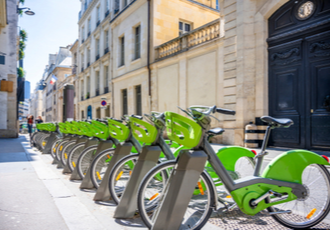 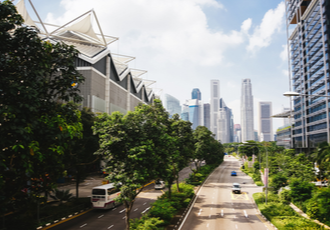 One such tool was to be the development of electromobility and encouraging Poles to use ecological transport: both individual (low and zero-emission vehicles) and public. The introduction of Clean Transport Zones, i.e. areas excluded from non-ecological vehicles, was a part of this plan, prepared, inter alia, in the act on electromobility. Pursuant to the regulations in force, zones can be established in municipalities with more than 100,000 inhabitants (there are 39 such units in Poland).

The problem is that these regulations were not positively assessed by both the inhabitants and local government officials who did not take advantage of the possibility of creating the zone, as the legislator could count on. Only one municipality in Poland, Krakow, decided to the pilot creation of a clean transport zone, from which it was finally withdrawn due to protests from the inhabitants and problems with the enforcement of regulations. This example clearly shows a legislative gap that needs to be filled as soon as possible. It is necessary to develop more flexible tools, which local governments will want to use more often.

One of the solutions to improve air quality in cities can not only be clean transport zones, but also low-emission zones (LEZ), constructed on the principles that are successfully applied in other countries. The example of Germany shows that they affect air quality. According to the analyses of the Federal Environmental Protection Agency, only in Berlin and Munich did the introduction of restrictions on the use of internal combustion vehicles reduce the level of PM10 dust from 6 to 19%.

Before proving foreign solutions, let's find out what caused the failure of the zone in Krakow. It happened because the regulations governing the zones, adopted in the act on electromobility - and later translated into a resolution of Krakow councillors - were very restrictive and rigidly defined which vehicles could enter the zone. In practice, they limit entry only to fully electric vehicles powered by hydrogen and natural gas. Unfortunately, those in Poland are still like a remedy - internal combustion and old vehicles, with an average age of over 13 years, dominate. 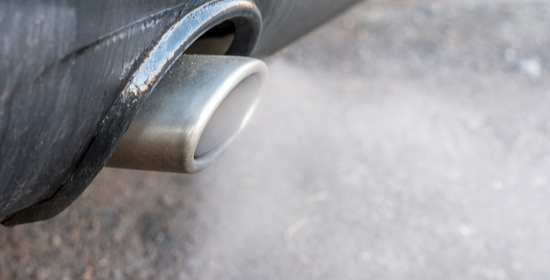 Such set entry criteria, of course, have their consequences. From the perspective of the local government, the introduction of a restriction that in practice will exclude access for 99.9% of drivers, turns out to be a radical step. The authorities of Krakow found out about this, where, on January 5, 2019, the first - and unfortunately the only - clean transport zone in Poland began to function. It covered the district of Kazimierz, which is particularly popular among tourists. As calculated by the Polish Alternative Fuels Association (PAFA), approximately 800 economic activities were registered there, nearly 200 of which concerned catering.

Protests by people who were concerned about the negative consequences (including economic) of traffic restrictions in Kazimierz began even before the pilot was launched. The opposition grew stronger, prompting city councillors to amend the provisions of the resolution and extend the entry possibilities to hybrid vehicles and electric mopeds. Under pressure from the public, it was decided to allow vehicles with combustion engines: deliveries (6.00-12.00 and 16.00-20.00), as well as customers and business partners of entrepreneurs registered in Kazimierz (9.00-17.00). This, in turn, made the regulations prohibiting entry into a fiction, because the city was not ready to control who actually entered the zone and for what purpose. So, the plan crashed into strict regulations, and then unsuccessful execution.

Too ambitious an approach

From this perspective, the lack of interest in the zones among local government officials is not surprising. This is an irreparable loss, because other, although similar in principle, low-emission zones are successfully working in other countries. According to the PAFA, there are currently approximately 220 low-emission zones in 14 countries in Europe. Most are established in Italy (105) and Germany (58), i.e. countries which, like Poland, struggle with the problem of air pollution.  Subsequently, the largest number of zones is in operation in the Netherlands (13), Great Britain (9), Austria and Sweden (8 each), Denmark (4), France and Norway (3 each) as well as Spain and Belgium (2 each). In Greece, Finland and Portugal, there is only 1 low-emission zone each in the capitals of these countries. There are no low-emission zones in the countries of Eastern Europe and the Balkans. 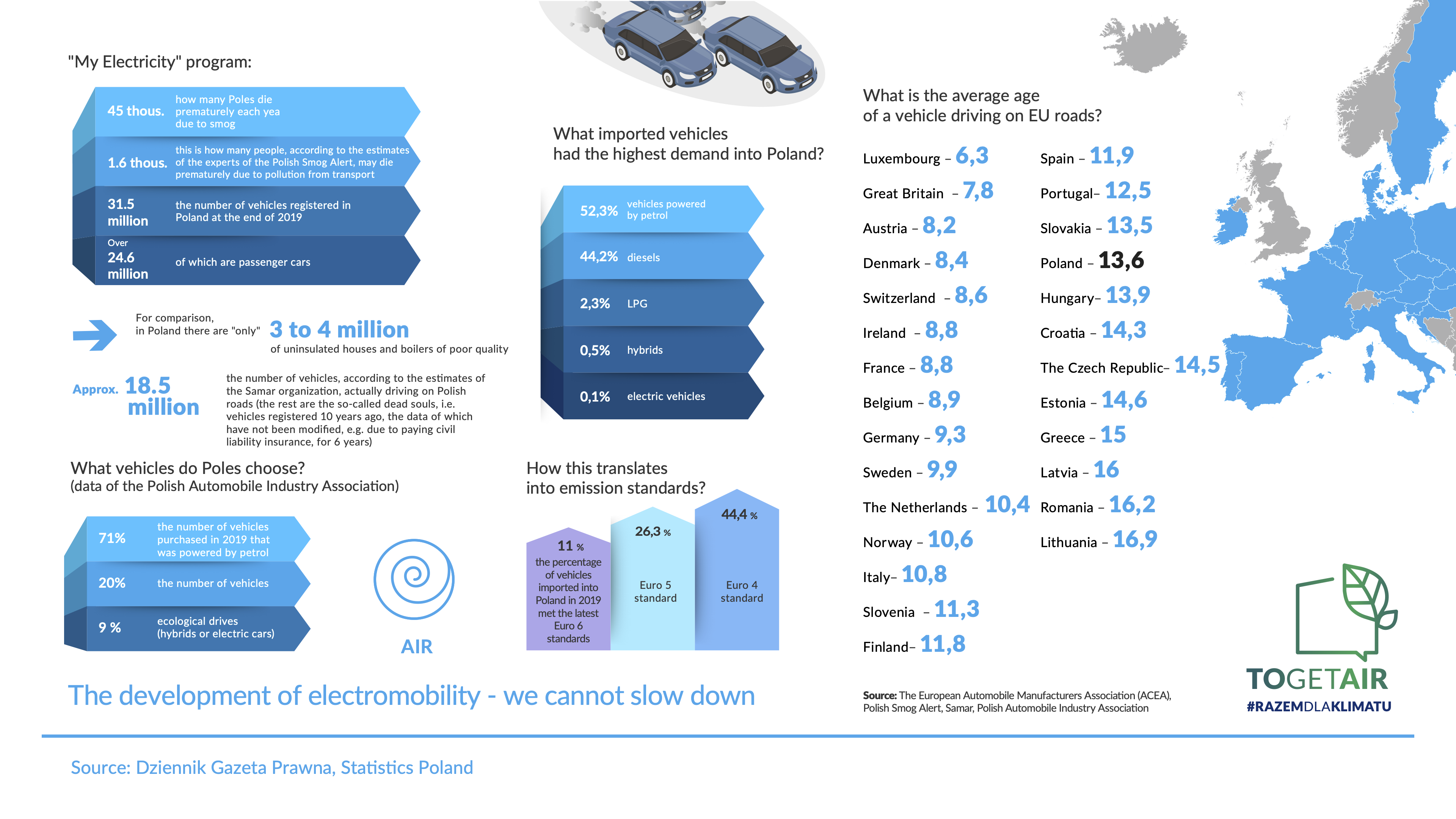 It is worth noting that in none of these countries are the regulations on zones so restrictive and were not introduced as suddenly as in Poland. For example, London introduced the ultra-low emission zone (ULEZ) only in 2019, after 11 years of operation of the low emission zone (LEZ), in which not only zero-emission vehicles but also low-carbon ones could travel. In the Ruhr, the first regulations on restricting entry to the most polluting vehicles were introduced in 2008. Then, between 2012 and 2014, the provisions were tightened to reach the Euro 4 requirement for diesel vehicles.

The decisions are to be made by the authorities!

Hence, there are more and more voices that local governments should be given more freedom when delimiting areas and creating exemptions for selected groups of vehicles (e.g. those meeting exhaust emission standards above Euro 5), in order to limit the traffic of the oldest vehicles and e.g. diesel vehicles in the first place.

In such a system, low-emission vehicles such as - much more widespread on the market, cheaper, and still much lower emissions than vehicles running on petrol - plug-in hybrids and classic hybrids would be allowed to enter the zone. Today, in accordance with the regulations, the owners of such far more environmentally friendly vehicles would be excluded from entering the zone, just like the drivers of 20-year-old, disintegrating combustion vehicles. This is a mistake, because approximately 20 thousand hybrid vehicles are sold on the Polish market per year, the highest number of all "green" vehicles (characterized by low emissions of nitrogen oxides and carbon monoxide). The exclusion of this group could, therefore, rather discourage many inhabitants from pro-environmental activities.

Let’s not reinvent the wheel 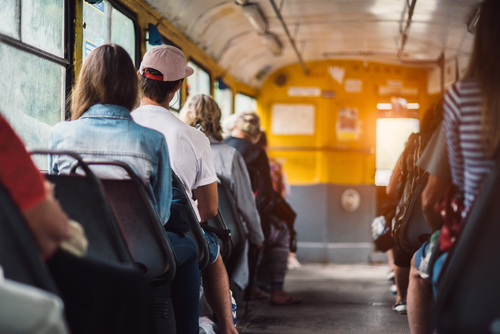 The introduction of more flexible zones has many advantages. Firstly, thanks to the loosening of the restrictions, there is a chance that local governments will want to establish LEZ’s. Secondly, the zones could then be created over larger areas rather than narrow stretches of road. The latter case can provide results other than expected. Vehicle traffic in the area around the zone will be concentrated, which will only bring traffic jams and, in practice, will shift emissions and smog from one region of the city to another.

Importantly, such a progressive nature of the regulation, i.e. the possibility of gradual street closures for different types of vehicles can encourage municipalities to monitor the impact of the zone more closely in terms of air quality and to gradually tighten standards. This, in turn, could positively affect the purchasing decisions of drivers who would see the city's consistent policy in the long run.

We have plenty of evidence that such solutions work. “In Vienna, the low-emission zone applies to the entire city, but the restrictions only apply to heavy goods vehicles that do not meet Euro 3 emission standards. In Brussels, the zone also covers the entire city, excluding the ring road. In this case, all vehicles with combustion engines must meet the relevant emission standards, and the requirements will become more stringent in the coming years. A similar solution, introduced in Antwerp, has already had a tangible environmental effect and air pollution has been reduced. In the Ruhr, the low-emission zone covers a number of cities in a total area of ​​as much as 820 km², preventing entry of diesel vehicles not complying with the Euro 4 standard and petrol ones below the Euro 1 standard." - say PAFA experts.

It is time to reform!

The need for change is also noticed by the Ministry of Climate and Environment, which has proposed a project introducing the requirement to establish LEZ’s in the largest cities from 2030 (mandatory for towns with more than 100,000 inhabitants, although all municipalities could employ them). - Low-emission zones have been well received in European countries, primarily because these regulations are not too restrictive for the residents. In addition, in most of them, entry restrictions have been introduced in steps, gradually eliminating further types of vehicles that will be prohibited from moving around the zone - argue the authors of the law. They add that in 2021-2025 the ban will apply to vehicles with the standard below Euro 4, in 2026-2030 - below Euro 5, and in 2031-2035 - below Euro 6.

The Polish draft also proposed a number of exceptions that raise doubts among activists and the industry. It is about to exclude the restrictions on movement in the zone for such vehicles: owned by the residents, powered by LPG, used by municipal services, used by people whose purpose is to help other people in the necessary matters of everyday life, and belonging to micro and small entrepreneurs running a business within the zone. The risk pointed out by experts is that with such exceptions, for example, company trucks emitting huge amounts of pollution, e.g. which are 25 years old, would be allowed to move inside the zone.

In the face of these doubts, it is crucial to continue working on the draft of these regulations, considering the voices of all parties and taking care to achieve the basic goal that is set for the zones, which is, above all, improving air quality. 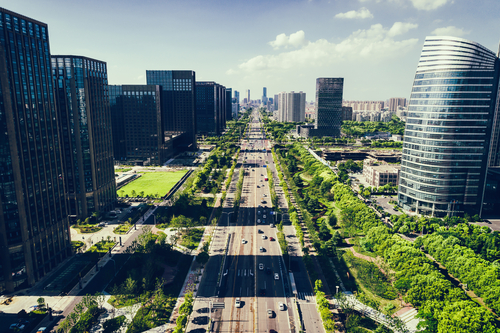 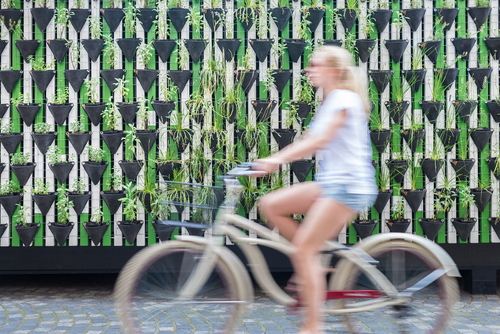 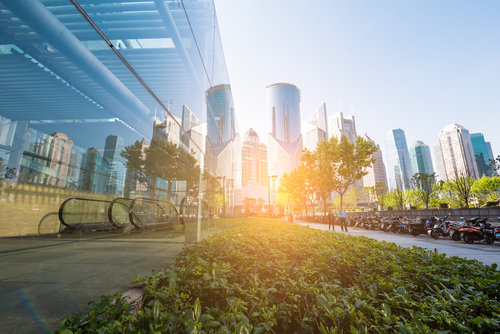 It is also worth emphasizing that the creation of low-emission zones, regardless of the final shape of the regulations, should go hand in hand with other measures to improve mobility, the quality of public transport and a reasonable parking policy. Another solution to improve air quality can involve the development of zones with a speed limit of up to 30 km/h in city centres, which will help to limit the phenomenon of secondary pollution. The improved traffic flow will reduce the disturbance of settled PM 10 and PM2.5 particles on the road surface, thus lowering reflow into the atmosphere.

It is also necessary to develop intelligent transport systems (ITS), which allow, inter alia, for a significant reduction in travel times and energy consumption as well as a reduction in exhaust emissions. According to foreign experience, congestion reduction is also not possible without a parking policy, including: increasing the city's public space covered by paid parking zones, introducing high parking fees, and a gradual reduction in the number of parking spaces in city centres.