Nature is full of wonders, of which an example is the magical junction of one atom of oxygen and two atoms of hydrogen. This can take many forms, extremely important for nature. One of such forms is the snow, whose role we start to appreciate only when it becomes scarce. 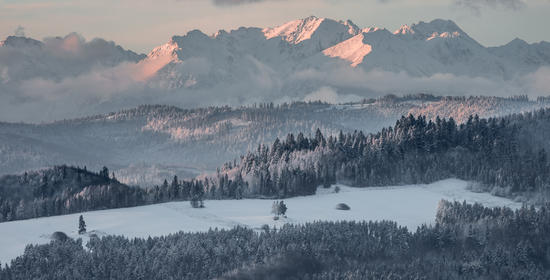 What exactly is this white powder, so eagerly awaited by us each year? Meteorology tells us that it's precipitation, which takes mostly the form of six-pointed ice crystals, during various atmospheric processes (like resublimation) in clouds and below them. Such a crystal is created from a water particle which, at a certain temperature, rebuilds itself around the nucleus of the condensation, for example around a particle of dust. The crystals link to form snowflakes. Apart from crystals, snow can take the form of columns, needles, plaques, or lumps. After falling to earth they create a layer of snow, which we all know can have different thicknesses and form. The snow can be damp or dry, fluffy or tight, it can crunch under your shoes, or cling to them. However, irrespective of the form it takes, its role in nature is inestimable.

In the summer of 2019, news came out that scientists from Potsdam and Arizona were working on a method to stop climate changes by producing 74 billion tons of artificial snow, to be spread over the Antarctic.  The idea was to stop the melting of the snow cover over the South Pole, and therefore to stop climate warming and the rise of oceans water level. This rather quixotic undertaking shows how important snow is, not only for good winter holidays. It is a very important element of the seasonal flow of water, and the climatic system on Earth.

And all this is due to one property of snow – albedo. Albedo is the reflection coefficient of solar radiation that a certain surface receives and reflects. For fresh snow, it is over 90%, which can be compared to around 35% albedo of a desert, and around 15% of a forest.

In short, we can say that snow's high albedo means it efficiently blocks the influx of energy. Therefore, the less snow and days with snow cover, the more heat is absorbed by the earth's surface. Sounds innocent, but it significantly speeds the process of climate warming.

This link has been established by science a long time ago, but snow still holds many mysteries. „Despite appearances to the contrary, very few people study snow, because it is a very difficult research subject," says Professor Stanisław Małek from the Ecology Department of the Agricultural University of Cracow. He then adds, that only recently scientists came to realize how important element snow was, of crucial importance in the forest ecosystems water balance.

The first step towards drought 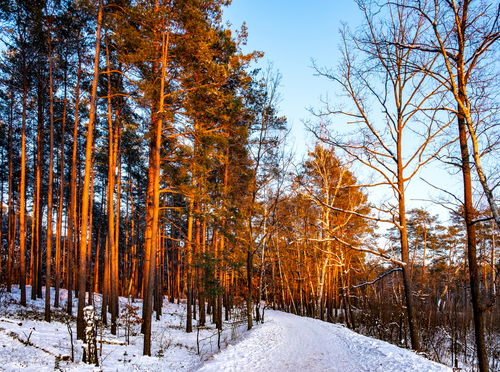 Many of us remember the times when snow would come in November, and disappear in March, while some shady spots in the forest would harbor it till April. „Last serious snowfalls in Poland were in 2010" - says Stanisław Małek. „For snow to appear, there must be an inflow of humid air from Atlantic or Arctic and some cold. This guarantees snowfall. Since we have disturbed the traditional air circulation patterns, we have winters without snow. The temperatures we measure are higher, which is probably linked to the changes of advection of air masses. These are complex mechanisms, linked with spatial relations of low and high atmospheric pressure. One of the key traits of Polish climate is its transitoriness, linked with those relations."

Assuming global warming takes place, its consequences in Poland, apart from extreme weather, will be heavy rains mostly in summer and a lot in winter. But in all probability in the winters of the next decade, it will mostly take the form of rain, rather than snow. This means a huge change in the relations between the components of the water balance. The function of snow is akin to regular rains in spring and summer – by slowly melting it provides nature with water.  Agrometeorology states that rain is most needed when the plants are growing – meaning spring and summer.

Rain escapes quickly from the forest ecosystem – it simply flows away. As a result, it will be lacking when it is most needed – in spring. This is when the forest ecosystems need water and nutrients to grow and renew. After a winter with not much snow, or with many periods of thaw, not much of a „water reserve" will be created and so in spring, there will be a water deficit. This means the ecosystems will quickly run out of water and face difficulties in functioning and development.

It can be simply summed up thus – even should the amount of precipitation remain the same, the change in its structure can mean a lack of water in spring
In hydrology the notion of drought is multidimensional and besides, the winter low pressures are not as well known as the summer ones. The problem is in the components and their mutual relations. Snow is „free" winter retention and this element is now subject to change. Some scientists talk of „winter drought". Drought is understood as a lack of water in a certain period. In the case of a rainy winter we have water, but it drains quickly and we have drought in the spring because, for example, the roots don't have access to water.

Snow has another important physical property – the air between its particles makes the temperature between soil and snow higher than the air temperature. This enables additional access to oxygen.

Fluffy snow has the role of a duvet, changing the thermal condition of the soil. Therefore it has a positive influence on the animals and the endofauna in the upper levels of the soil. Organisms can be active, using snow to access food. In forestry, it has both positive and negative implications, as winter activity of some animals can lead to damage in undergrowth and copses. 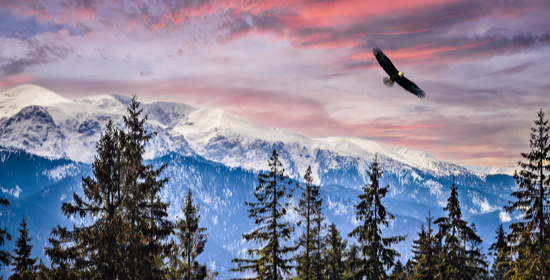 Still, the snow cover has mainly a positive influence on fauna and flora. It is important for many shallow-rooted plants, also the evergreen ones, seedlings, saplings, and animals, mainly the small ones, who quickly lose heat. Powder snow is used for hiding by grouse, black grouse, and hazel grouse. Redpolls dig dens in loose snow, and tunnels in the thick and hard one, thereby avoiding the cold. The same tactics are employed by field mice, voles, or bullfinches, while wrens simply bury themselves in the snow.

A thick cover of snow is particularly important in the mountains. It covers young trees and saplings, so the strong winds and cold do not deform their delicate parts. This is very important for the young forest.

From time to time, the internet is filled with videos of animals having fun on the snow. Otters, sliding down the slopes with a skill that many a skier should envy, bring the most joy. In the context of snow, it is difficult not to mention its recreational properties, namely skiing. And I don't mean that lack of snow leads to depression in skiers. Lack of snow means that the owners of ski-lifts or the administrators of ski runs will cover the slopes with artificial snow.

Professor Małek explains that artificial snow is produced by all kinds of snow cannons and has a different structure from natural snow. It is not the fluffy cover of crystals, but a lumpy and hard structure. Treated by snow tucks and groomers, this thick surface, perfect for skiing, makes the exchange of gasses on the top surface of the soil difficult, negatively influencing the organisms living in it. The use of artificial snow is a highly contested issue. Naturalists point out the fact that to produce two cubic meters of artificial snow, we have to use up a cubic meter of water. Therefore one has to carefully weigh the impact of snow production on the water flow of the entire forest ecosystem. Also, the layer of artificial snow can negatively affect the tree strand of the surrounding forest.

"My Water" - real support for local water retention
The future of rivers, seas and inland waterway