System heat should play a greater role in rural areas where scattered buildings and individual heating sources dominate. It is necessary to strategically plan and remove formal obstacles to develop a network as well as financial support for heating plants in smaller towns. 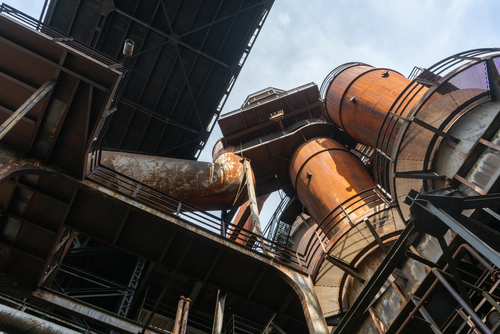 The heating sector is one of the most significant sources of carbon dioxide emissions. In Poland, due to the special geographic location and dispersed development, most properties in rural areas are heated with individual heating sources, as well as by small and medium-sized heating companies. While single, non-compliant solid fuel boilers have already been targeted by the government and local governments, which have launched support mechanisms to replace them with less environmentally harmful heating sources, the topic of heating modernization still remains the weakest point of the current system.

This is confirmed by the data of the Ministry of Climate and Environment, which shows that in cities of up to 50,000 inhabitants, only 10 out of 164 heating systems meet the efficiency criteria. What does it actually mean? As defined in the Energy Efficiency Directive (2012/27/EU) and the Energy Efficiency Act, these are systems in which at least 50% of the energy from renewable sources, 50% waste heat, 75% heat from cogeneration or a 50% combination of the aforementioned energy and heat is used for the production of heat or cold.

Importantly, heating plants must meet the above conditions to be able to apply for public aid and support under EU subsidies. It is crucial due to the fact that in the coming years the entire sector will be thoroughly modernized in order to adapt to the requirements of the EU climate policy. And it will cost. From year to year, the allocations of free emission allowances will be reduced. From 2030, heating companies will have to buy them on the same terms as other entities. 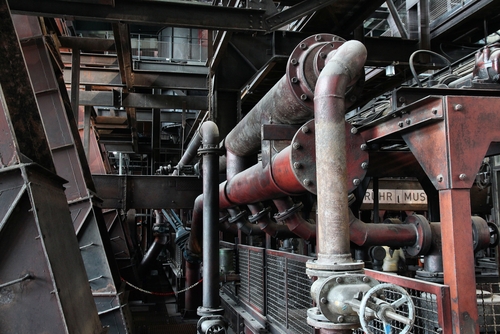 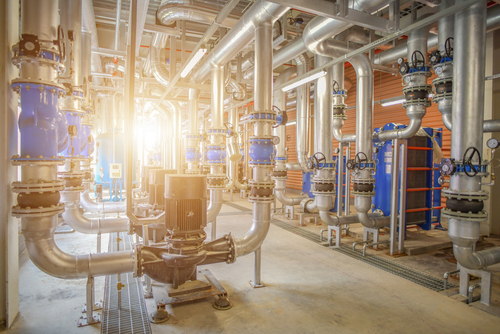 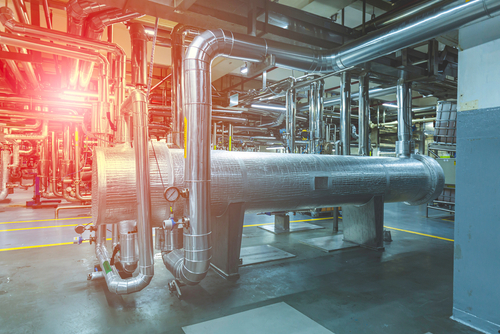 In addition, by 2030 all sources with a capacity above 1 MW will be required to dramatically reduce the level of soot, sulphur dioxide and nitrogen oxide emissions. In practice, this means large investment and operating expenses. If enterprises are not able to bear them, they will go bankrupt. In addition, smaller towns that supply these entities will have no sources of system heat.

This is the most extreme scenario. In a less pessimistic, though still undesirable variant, it will end up with a significant increase in fees that will be felt by all inhabitants. Dealing with the need to meet market and regulatory challenges, heating plants without EU support will have to engage their own funds. In other words, all investments will have to be covered by heat recipients, i.e. companies and individuals. And this will have an effect on the prices of services.

Not only the representatives of the heating sector and local governments, but also the central administration is aware of the need for changes, which is reflected in the government's strategic documents.  On February 2, 2021, the Council of Ministers adopted the "Energy Policy of Poland until 2040", which set the goal of meeting all heating needs of households in a zero- or low-emission manner by 2040. In areas with technical conditions for supplying heat from an energy-efficient district heating system, customers should use district heating in the first place, unless they apply a more ecological solution.

One of the goals of "the policy" is the fact that in 2030 at least 85% of heating and cooling systems exceeding 5 MW will meet the criteria of an effective system. 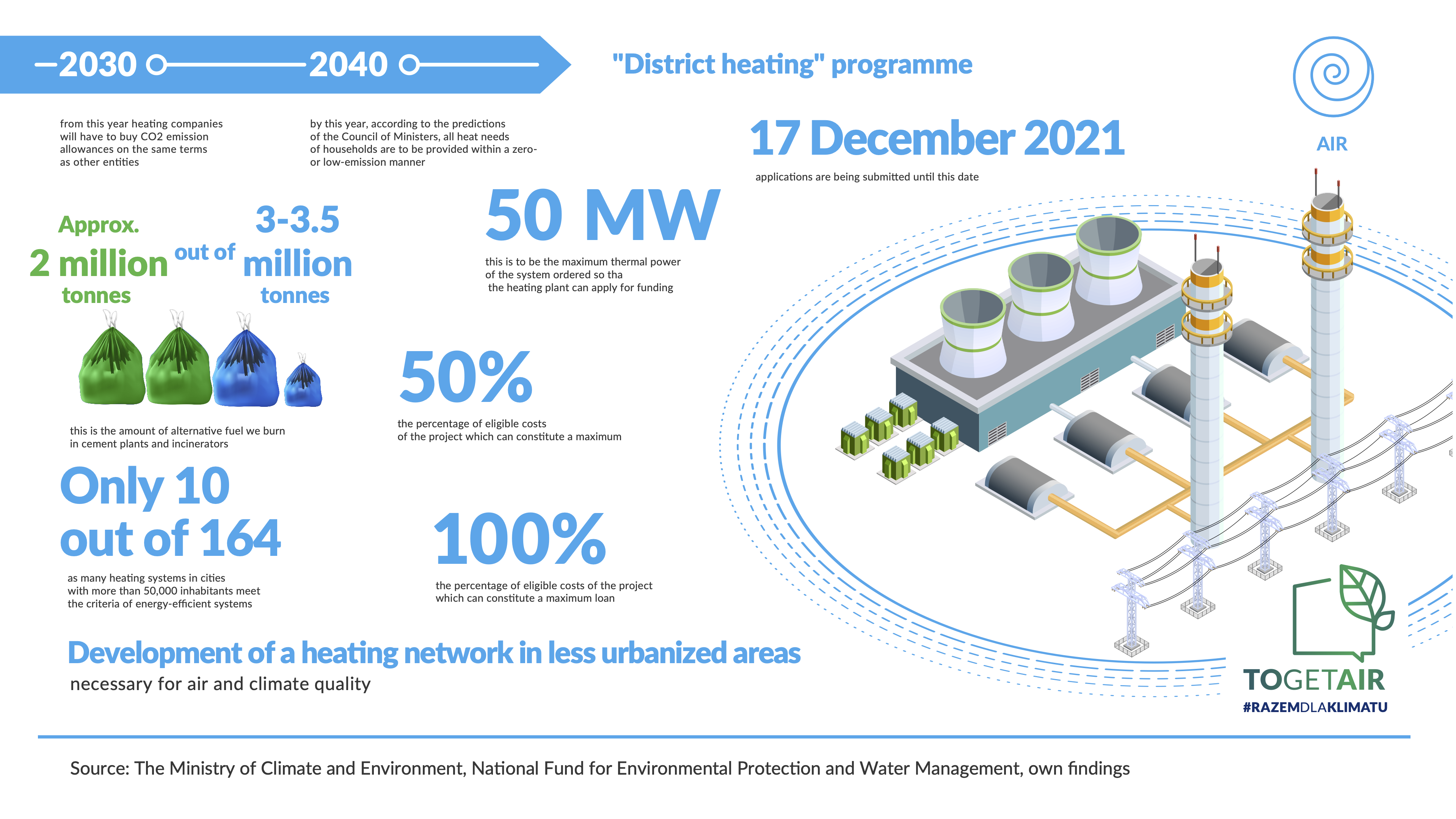 This is to contribute to the development of high-efficiency cogeneration and heat-generating power plants, to increase the use of renewable energy and waste in district heating, modernize and expand heat and cold distribution systems, and popularize heat storage and smart networks. In turn, individual heat demand is to be covered by sources with the lowest possible emissions (heat pumps, electric heating, natural gas, smokeless fuels) and to phase out coal in cities by 2030, and in rural areas by 2040.

Necessary funding for the smallest entities

However, without public support, it will be difficult for local heating plants to meet their goals,  especially due to the fact that the problem most affects smaller coal-fired units, which do not have such hefty budgets as large heating companies and have no chance of obtaining financing on the commercial market on the same terms. The policy of the Energy Regulatory Office is crucial, as well. It limits the increase in prices of heating services, and thus an increase in enterprise revenues, which in turn translates into a lack of funds for investments. 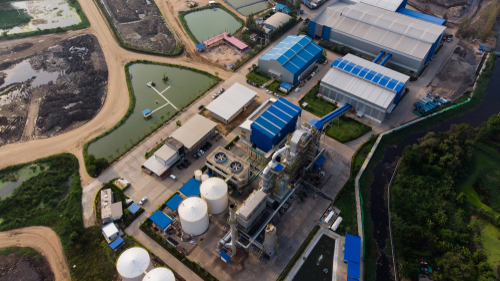 Currently, support from the National Fund for Environmental Protection and Water Management is directed to small heating plants, which is to help transform an ineffective system into an effective one. Until 17 December 2021, the call for co-financing under the priority program "District Heating", under which PLN 500 million was allocated for co-financing, is active. The program aims at reducing the negative impact of heating companies on the environment. Capital companies in which local government units have more than 50% of the funds can apply for the funding.  It is also necessary that their core activity  must involve the production of thermal energy for communal and living purposes, and the total ordered thermal power of the system cannot exceed 50 MW. Support can be obtained either as a subsidy of up to 50% of eligible costs of the project, or a loan of up to 100% of eligible costs. Projects that apply for funding must envisage specific goals, e.g. reducing the consumption of primary raw materials for the benefit of renewable energy.

It should be remembered that, according to the Energy Efficiency Directive, public money can only be spent on a project that transforms an ineffective system into an efficient one. For this reason, it is impossible to co-finance the modernization of currently operated coal-fired boilers. A few years ago, this principle was not complied with by 5 heating plants in Subcarpathia, which decided to use the received subsidies for the modernization of networks in which heat was produced only from coal. This idea was met with opposition from the European Commission, which initiated proceedings in this case. 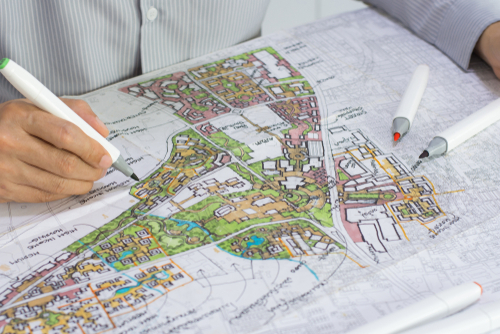 However, not only is the lack of money an obstacle to the development of the heating network, but the provisions on spatial planning are also problematic. The delineation and construction of a new heating pipeline, considering all the requirements, including obtaining the permission from the landowner, takes a very long time and requires large expenditure on the part of the heating plant.

As a result, enterprises can be reluctant to develop the network outside the city, focusing only on the area where a district heating infrastructure already exists. How could this obstacle be overcome? The simplified construction regulations or created special act that would give enterprises the tools to expand the network more efficiently could be the solution. 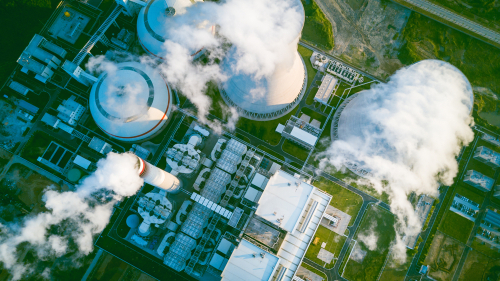 The reform awaiting the sector is also an opportunity for the development of geothermal energy, which is another method to obtain ecological heat. However, the potential of this source is largely unused. Currently, there are only 6 geothermal heating plants in Poland, which have a small share in heat sources throughout the country. As experts point out, including prof. dr hab. Beata Kępińska from the Institute of Mineral and Energy Management of the Polish Academy of Sciences (in the article for "Czysta Energia" - 3/2016), such a low share of geothermal energy in heating should be surprising.

First of all, Poland has the right conditions to use it more widely. The waters currently available for exploitation occur at depths of up to approximately 4 km, and their temperatures range from approximately 20°C to 80-95°C. They can be used, among other things, for heating purposes. In addition, heat prices for recipients using geothermal heating systems are competitive compared to heat obtained from the combustion of coal or gas.

A chance for survival for small and medium-sized enterprises can also be the change of coal into waste or biomass. The already existing infrastructure and the fact that it is possible to use local raw material - biomass of agricultural origin, can be arguments for biomass. 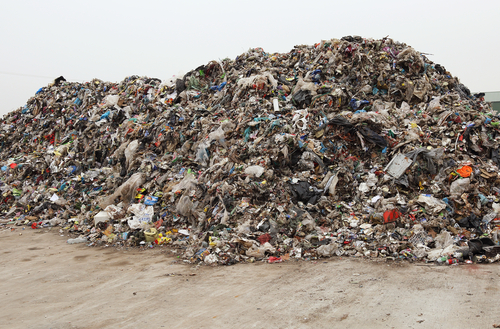 In other words, there is potential in Poland to use this surplus and many heating companies would be inclined to replace coal with fuel from waste. According to the estimates of the Polish District Heating Chamber of Commerce, as many as 50 entities would be interested in waste disposal with heat recovery. Most of them (over 30) would like to use - without cogeneration - a waste stream of fewer than 20 thousand tonnes, which is a relatively small volume, but sufficient for local needs in smaller towns. 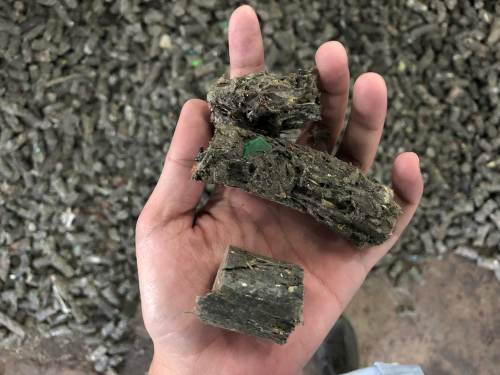 However, it should be remembered that this direction will not be supported by the EU, which turns away from the thermal treatment of waste and no longer co-finances waste-to-energy technologies. This means that the use of alternative fuel in heating plants would have to be financed from national funds.

The regulations that do not regulate the status of an alternative fuel are another obstacle in using RDF in heating. Today, in order for them to be applicable, it is necessary to undergo the end-of-waste procedure. The practice of administrative bodies is heterogeneous, which means that one body approves the change of status and the other rejects it. This results in the fact that the most effective would be to unequivocally regulate this issue, such as in the Czech Republic or Austria, where RDF is considered a by-product, not a waste-product, that can be used by local energy and heating systems.

Green revolution on roofs - the necessary development of pro-consumer energy
How do we heat our houses? - THE MAIN RESULTS OF THE STATISTICAL RESEARCH INVOLVING SINGLE-FAMILY HOUSES IN POLAND