Żywiec Group: We give bottles a second life

The returnable bottle is the most environmentally friendly packaging in which beer is available. However, not all  consumers are happy to reach  for  it and return it to the store. Żywiec Group decided  to change this and in the last  few  years  has brought the returnable bottles to life again.

One bottle can be used up to 25 times in 5 years time without any additional processing. Moreover,  by returning the bottle, consumers have a real impact on reducing not only waste, but also CO2 emission into the atmosphere – the carbon footprint of the returnable bottle is up to ten times smaller than that of a single bottle.

Unfortunately, in recent years fewer and fewer returnable bottles have made their way back to the brewery. Half of consumers choose beer in returnable bottles, but only one in  three  regularly  brings it back to the store. As the main reason for that, consumers pointed to retailers'  requirement to show the receipt. As many as 53% of those surveyed indicate that the need to store a receipt is the biggest barrier preventing them from bringing back bottles, while 52% indicate a lack of storage space.

Żywiec Group was the first in the beer industry to change that.
Żywiec Group was the first in the beer industry, that decided to change it. "In  2016, we lost 7% of the returnable bottles that could return to the brewery. We decided to start with the deposit itself because the 35 groszy operating on the market at the time was not a sufficient incentive for consumers to take action for, says Magdalena Brzezińska, Corporate Affairs Director at Żywiec Group. "Contrary to appearances, changing the deposit to 50  groszy is a very complicated logistical operation, which required the cooperation of all partners. For a while we also didn't know how the market would react. Fortunately, it worked out and today a deposit of 50 groszy is the market standard – she adds. Żywiec Group was the first producer to take such a step, thanks to which in 2017 it was possible to recover up to 20 million bottles more.

- That initiative has shown us that there is room for further action. We worked with our partners on settlements, and competitors on exchanging bottles that went to the wrong brewery. However, our attention focused on the receipt –  says  Brzezińska. Since the introduction of the new deposit, some stores have started accepting returnable bottles without a receipt, paying for them slightly less than the value of the deposit. This way they covered the costs associated with the sorting and storage of bottles. Żywiec Group decided to use these experiences to enable consumers to easily donate bottles all over Poland.

In 2019, the “Give the bottle a second life” campaign was launched - the first of its kind to allow returnable bottles without a receipt in exchange for 35 groszy, in places where consumers most often buy beer in such packaging, which is simply small, local stores. Consumers were able to choose one of the few thousand points available on the zwrocbutelke.pl website and hand over the bottles without  being asked for a receipt.  Thanks to the deposit actions, working with our trading partners, as well as this activation, we have been able to set trends in this field that our competitors followed –  says Brzezińska.

As a result of these activities, within 3 years the Żywiec Group has tripled the number of unreturned bottles and consumers can today return bottles without a receipt  in nearly 7 thousand stores.

In 2020, Żywiec brand was the first beer brand in Poland to start with the ”Wielka Zwrotka Ż” campaign promoting bottle returnability among Poles for the benefit of the environment. It's a small step, but  it's making a big difference. Bottles of Żywiec with an inverted label appeared in stores all over Poland, and the campaign was supporeted by Monika Brodka, Marcin  Dorociński  and Maciej Musiał, who performed in videos and on materials promoting the action. In addition, Żywiec has prepared a special mark, the purpose of which is to clearly mark packaging that can be returned so that they can be reused. This is one of the barriers that consumers often face. The mark is present  on  all Żywiec returnable packaging.

Momentary imbalance and rapid return to the vertical

Unfortunately, COVID-19 has changed our lives and it also affected returnability of bottles. Although the pandemic did not allow ti increase the number of bottles recovered from the market than in 2019, Żywiec Group managed to stop the trend of an increasing rotation time in which bottles returned to breweries in 2020. - At that time, consumers were slightly less likely to choose beer in returnable bottles, even where they could easily return packaging, that is, in traditional retail. However,  packaging  is important  to us because it allows us to develop in an environmentally friendly way. Despite the pandemic, we continue actions such as the “Give the bottle a second life” program – explains Brzezińska. 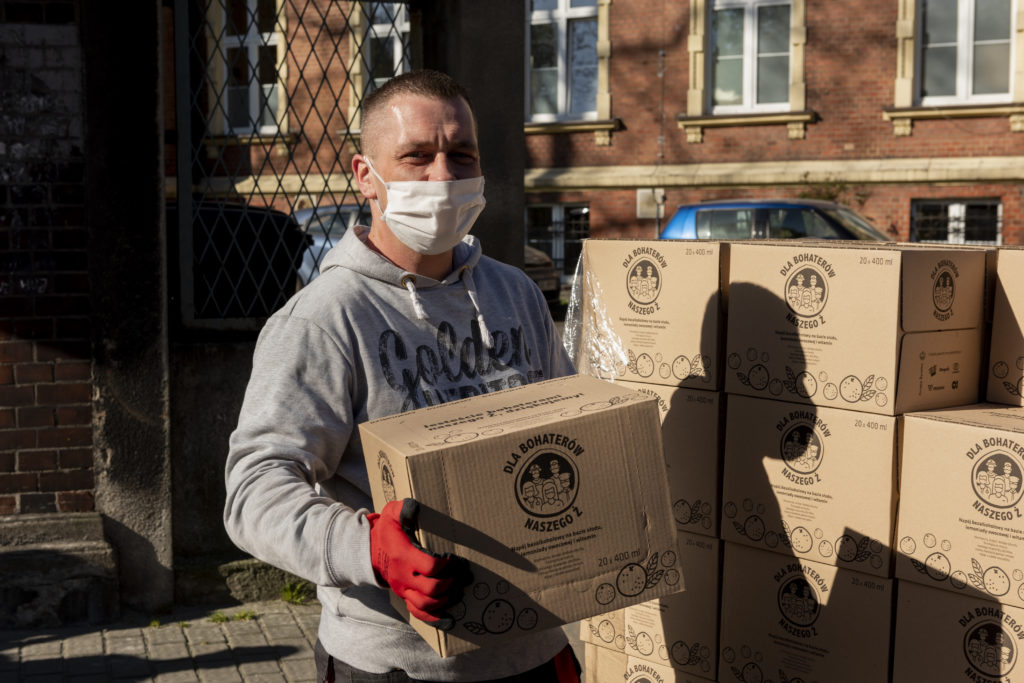 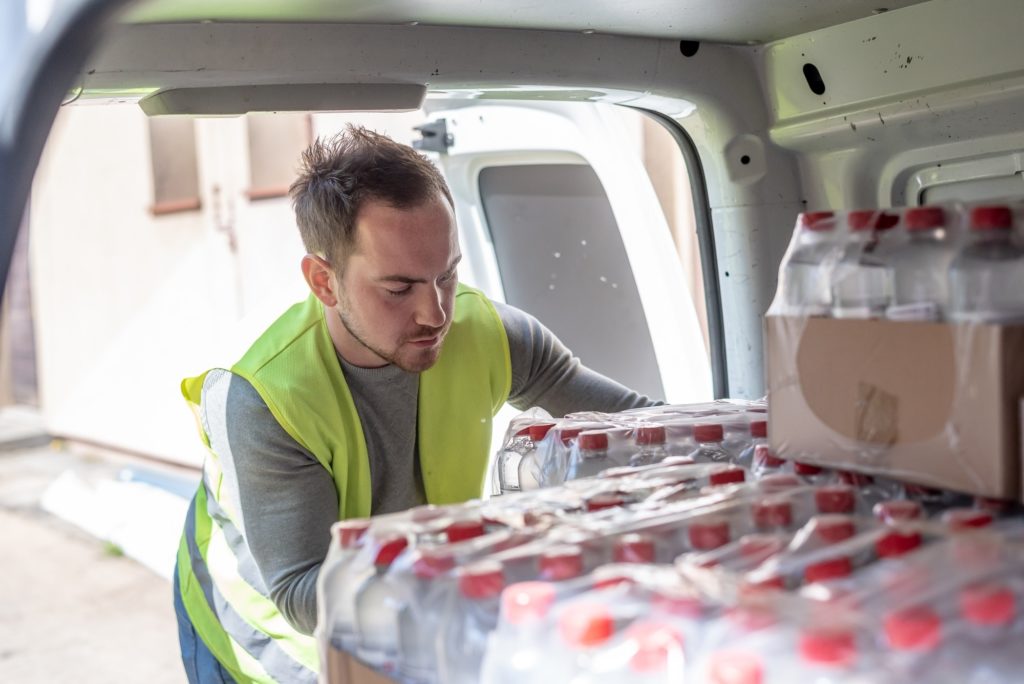 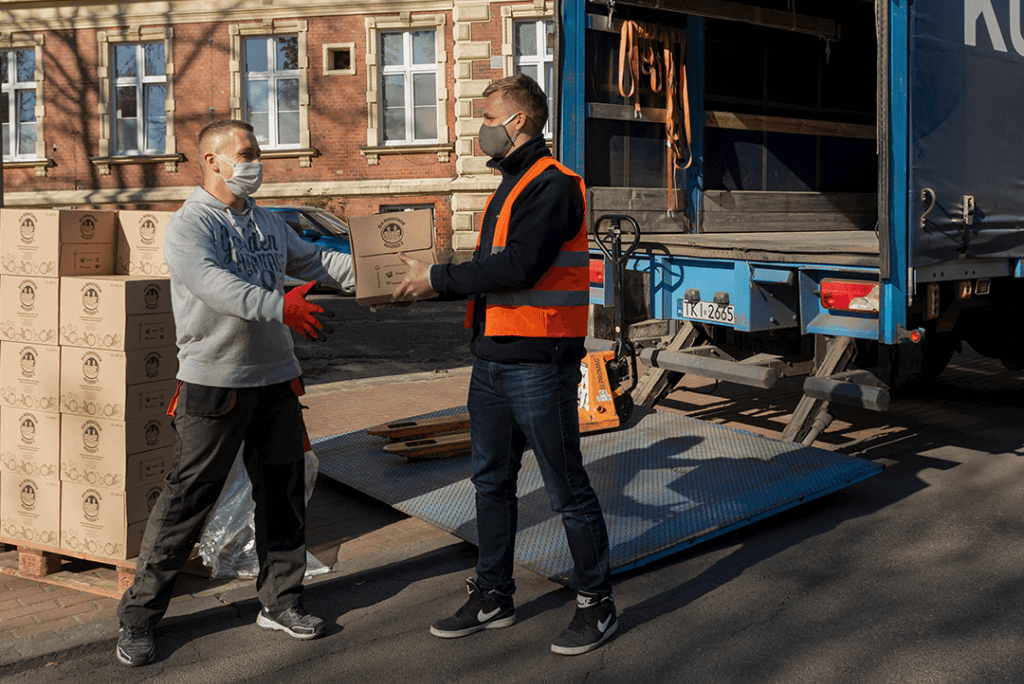 Żywiec Group has also used returnable bottles to support the health service, which is fighting the effects of the disease on a daily basis, and catering establishments, which are experiencing weeks of restrictions. In the special return zones, which at the end of 2020 appeared in 5  cities – Namyslow, Warka, Elbląg, Leżajsk, Żywiec – in which every day the producer brews their beers. Residents of these cities gave back bottles, each of which stood for 1 pln donated by the Żywiec Group for the purchase of meals for doctors from local restaurants. – In total, we gave a second life to almost 40 thousand bottles, thanks to which we bought 1560 meals. The main thing that people saw is that a small step,  which is the donation of returnable bottles,  can do a lot of good –  adds  Magdalena  Brzezińska.