Investment in new facilities for the thermal treatment of non-recyclable residual waste, although it is not an ideal or final solution, is necessary today to close the raw material cycle, reduce the amount of waste sent to landfill and curb some anomalies in the market.

Of the nearly 13 million tonnes of waste generated each year by the inhabitants of all towns and villages in Poland, over 4 million tonnes are not suitable for further processing. This is the so-called pre-RDF and RDF, i.e. the non-recyclable residue separated during the sorting process at the municipal plant serving the municipality. It is mostly small, jagged fragments of mixed plastics. As products formed from crude oil, they are flammable and therefore, their storage, i.e. stockpiling them in heaps, was banned in 2016. This is because an excess of this fraction, especially if it was accumulated in one place and not properly secured, could risk an environmentally disastrous fire, or in a less pessimistic scenario: soil contamination and the exclusion of the occupied area from use for many years.

So what can be done with this waste fraction? In recent years, the only legal method for its management has been to grind it down and then incinerate the resulting alternative fuel in specialised facilities, known as municipal waste thermal treatment plants, commonly referred to as incineration or energy recovery plants. There are not many of them in Poland, only 9 (there are 500 facilities in the whole of Europe). Domestic facilities are ready to accept around 1.1 million tonnes of waste per year. 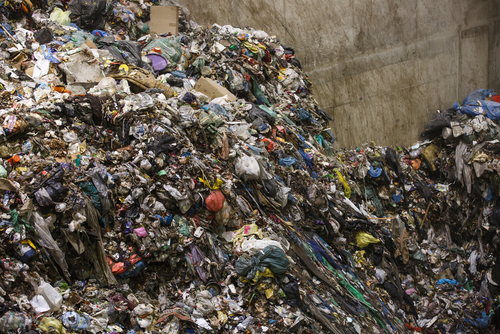 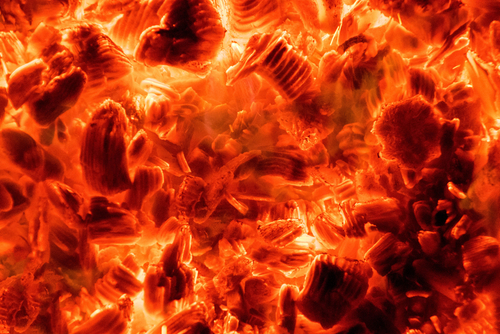 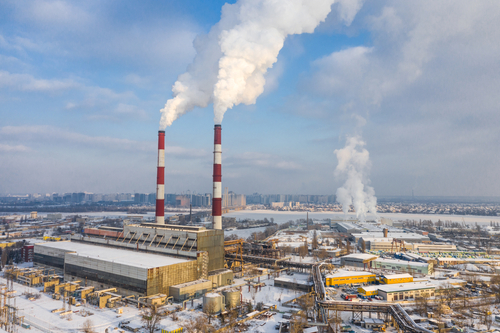 What then happens to the rest of the 4 million tonnes? Less than a million tonnes goes to cement plants which, like incinerators, use the alternative fuel to power their furnaces heated to over 850 degrees Celsius. The remaining volumes “dissolve in the system”, i.e. they are temporarily held in sorting plants, waiting for their turn to be incinerated, or alternatively, they are exported to foreign plants that are short of fuel.

However, this is not an optimal situation for a market in which supply and demand are so imbalanced.  And it is precisely the excess of this problematic burden that today puts the greatest strain on local authorities and negatively affects the entire market. Unfortunately, the amount of waste is not going to decrease. On the contrary, despite the best efforts to improve selective collection and to develop recycling, the amount of waste is only increasing year after year. Today, we produce an average of 332 kg of waste per capita per year (Statistics Poland data), while in other European countries, the figure is over 500 kg, and for the record-holders (Germany, Denmark, Norway), over 700 kg. This means that without radical action to solve the problem of alternative fuel oversupply and municipal waste generation, there will only be more waste, which will only multiply the current difficulties and further burden local government finances. 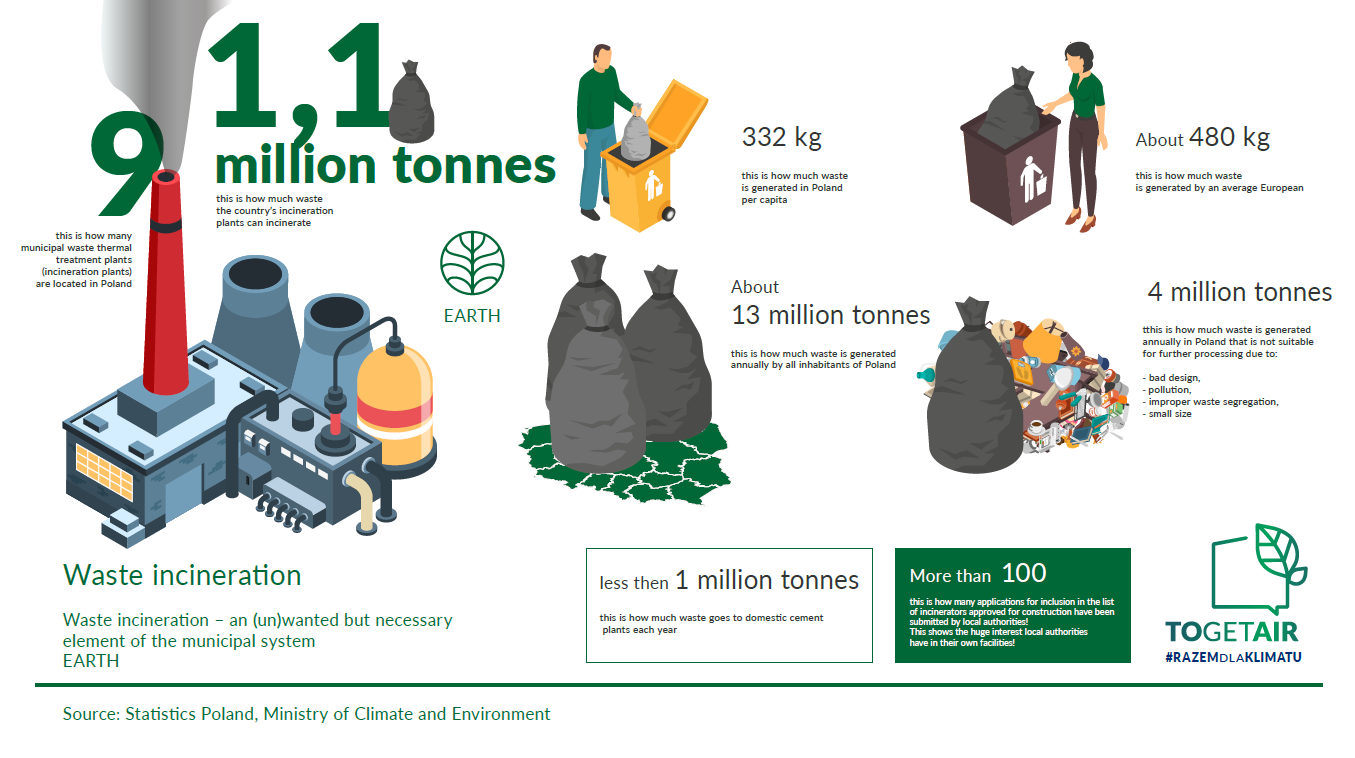 The undisputed best solution to this problem would be to reduce the amount of waste produced, especially that today it ends up as alternative fuel because of its poor design (e.g. mixing several plastic types). This is a far-reaching goal set by the EU, which is pushing hard to introduce the circular economy. The circular economy is an economic model that focuses on reducing the waste of raw materials, saving energy and redesigning business processes to have the least possible impact on the environment, supporting the EU’s plan to achieve climate neutrality. 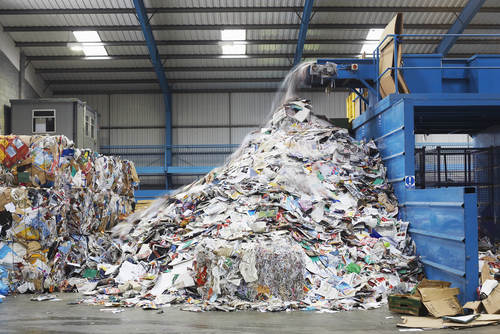 Unfortunately, that is easier said than done. To achieve the goal of reducing waste at the source, it will be necessary to redesign products that reach the market in such a way that recycling is possible and as simple as possible. This reform will also fail without greater support for the recycling industry, the setting of stringent requirements for producers, who must contribute more to the cost of processing their products, and improvements in the quality of separate collections in municipalities.

The problem is that these are long-term solutions, sometimes costly and challenging to implement, which even in many countries more developed than Poland are still at the stage of planning and conceptulisation rather than advanced implementation. This does not inspire optimism, especially as we have a problem with managing the calorific fraction today and, until we switch the economy to a circular model, we will probably have to deal with it for several more years. Therefore, we must look for solutions that, without burying the far-reaching goals of recycling and circular economy, allow us to deal with the problem of excess RDF as quickly as possible.

How are other EU countries coping with the issue? Most of them have much more developed infrastructure for thermal waste conversion than Poland. There are more than 500 such facilities throughout the EU, of which more than 100 are in Germany alone. Importantly, despite so many municipal waste thermal treatment plants, our western neighbours can be proud of having some of the lowest landfill volumes in the EU. It is worth explaining that, according to the EU waste hierarchy, landfilling is considered to be the most environmentally damaging and, therefore, least desirable waste management option. Thermal treatment with energy recovery is higher in this hierarchy, although it ranks lower than recycling, product reuse and waste prevention. 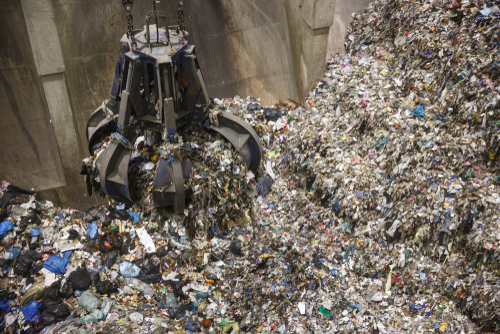 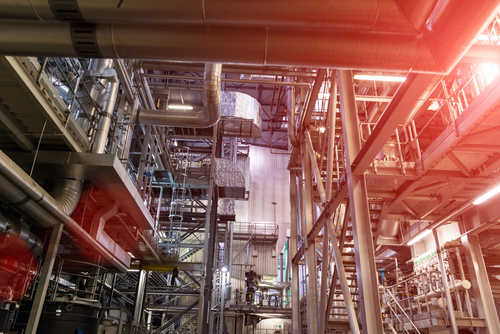 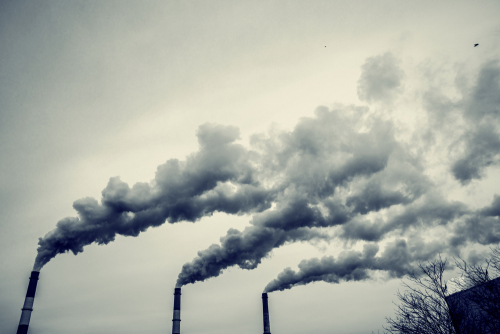 There is no denying that investment in incinerators is controversial and arouses a lot of public opposition, both among residents, activists and environmentalists. The former are usually hostile to such investments, fearing a negative impact of emissions from the chimneys on the environment, a decrease in the property value in the neighbourhood adjacent to the incineration plant and odour nuisance. Opponents of incinerators also stress that these investments clog up the waste market for years, as municipalities with their own plants have no incentive to work on a selective collection, recycling, and waste generation reduction. Sceptics say that the incineration plant needs “input” in order to operate, and since the investment pays off only after a dozen or so years, no one will care about reducing the flow of fuel feeding it: neither the municipal authorities, nor the investor. They also stress that the EU no longer supports investment in municipal waste thermal treatment plants, which are a source of CO2 emissions and thus move the Community further away from the goal of climate neutrality.

Supporters of municipal waste thermal treatment plants say that residents’ fears are unfounded because, thermal processing plants are strictly monitored in terms of the emission of harmful substances, and the limits specified in environmental decisions are much stricter than those in force in already functioning coal-fired heating plants. They also stress that incinerators do not exclude recycling, as no municipality - with or without an incinerator – will be exempted from the obligation to achieve 65% recycling by 2035, and only waste that cannot be recycled will be sent for thermal treatment. They argue that incinerators are a pro-environmental alternative to landfilling, which emits methane (the result of decomposing organic residues), which is much more harmful to the climate, rather than recycling.

It is possible that the dispute between opponents and supporters of the development of municipal waste thermal treatment plants will not be resolved. Nevertheless, an initiative is needed to solve the problem of RDF oversupply in a proven way and on an industrial scale appropriate to the volume of waste in the market. In practice, this means developing municipal waste thermal treatment plants, and increasing the permitted capacity of already existing facilities that have the technical capacity to process more waste than specified in current environmental decisions. 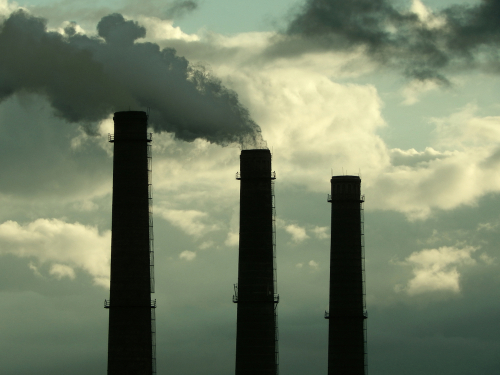 This need is also recognised by the government, which has repeatedly stressed that although incineration plants are not the best solution, they are necessary to close the circulation of raw materials and solve the problem of oversupply of calorific waste, thus reducing the financial burden on municipalities and residents, and curbbing some anomalies in the market, such as illegal burning of problematic waste. Representatives of the Ministry of Climate and Environment estimated that Poland would need several to a dozen large facilities (with an annual capacity of about 50-200 thousand tonnes), capable of managing 1-2 million tonnes of waste.

The government also sees the development of municipal waste thermal treatment plants as an opportunity to modernise district heating, which is becoming increasingly outdated (and therefore expensive) in the next few years. The direction set by the EU is clear: most of these plants will have to abandon coal burning. The diversification of fuels and allowing waste fuel to be incinerated or co-incinerated appears to be one of the more attractive and financially viable solutions from this perspective.

It should also be pointed out that – contrary to the expectations of many local authorities who often naively and erroneously see their own incineration plants as an opportunity to solve all municipal management problems – not only large plants serving larger agglomerations, or several dozen municipalities associated in an inter-municipal association should be built in Poland. Experts are convinced that only a few such plants are needed to fill the “white gaps” on the map of Poland and to develop regions where there are currently no incineration plants. In this way, the system should be completed in the largest provincial cities (today, the facilities operate in Białystok, Bydgoszcz, Konin, Kraków, Poznań, Rzeszów, Warsaw, Szczecin and Zabrze).

The system could be complemented by smaller facilities designed for a specific municipality, which would consider local conditions, including access to infrastructures such as sorting plants and district heating networks. Smaller, more dispersed and local energy recovery facilities (with a capacity of 4 to 6 MWt processing 10 to 20 thousand tonnes of waste per year), although not common in Poland, are widespread in the EU. They have been successfully supplementing local waste management for years, e.g. in Norway. Smaller plants are also to be found among the 18 large ones that manage more than 1.6 million tonnes of waste per year. One example is the Rakkestad facility in southern Norway, which started operating in 2005 and receives 10 000 tonnes of waste per year. A similar plant processing 16 000 tonnes of waste with a capacity of 5 MWt is also operating in the north of Norway, in Senja Avfall. 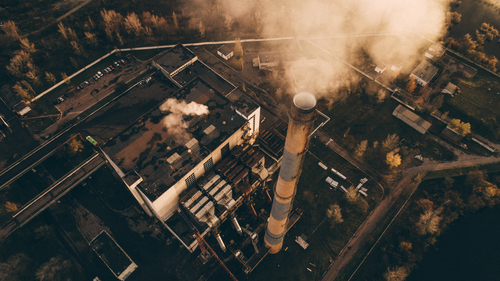 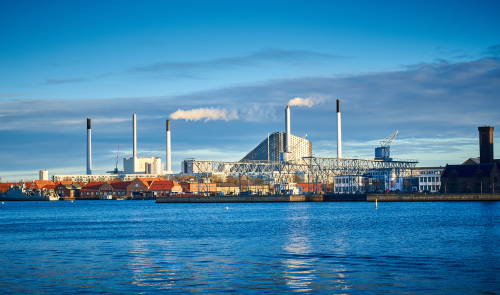 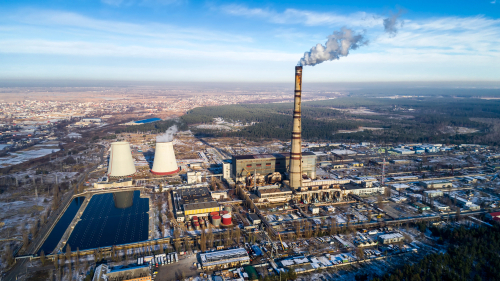 However, political and economic trends at the EU level cannot be ignored when focusing on expanding the municipal waste thermal treatment plants. Investors must take into account the increased risk that incinerators will not be profitable in future years, which may be influenced by, among other things, the tightening of EU climate policy. Although today it is difficult to imagine that the majority of countries using incineration plants will quickly abandon this method, it is possible that with the development of recycling and implementation of the circular economy, Brussels will take the municipal waste thermal treatment plants under legislative purview, charging these facilities with increasingly higher operating costs, for example in the form of higher fees for CO2 emissions.

The competitiveness of the municipal waste thermal treatment plants will also be affected by the potential decrease in the amount of non-recyclable waste to be gradually excluded from the market – from 2030, according to EU plans, all packaging coming onto the market will have to be recyclable or reprocessable. As a result, packaging sent to municipal facilities should be much more uniform, improving its processing and reducing the stream of alternative fuel sent to incinerators.

Neither EU legislative initiatives to reduce waste and reuse products look set to end at this point. While most likely beneficial to the environment, any such regulation will result in a reduction in demand for thermal waste conversion.