EU Green Deal is an economic development strategy of the European Union that aims to protect the environment, to fight against climate changes as well as to protect the lives of humans, animals and plants with simultaneous support for energy transition towards clean technologies and also to separate economic growth from the use of natural resources. According to the assumptions of the EU Green Deal, Europe is to become by 2050 the first climate neutral continent with net zero greenhouse gas emissions. To achieve that, it’s necessary for all Member States to contribute to the implementation of the assumptions of the European Green Deal, including, in particular, the transition to the circular economy.

Taking into account the demands set by the European Union in this area, the Self-Government of the Mazowieckie Voivodeship has already taken into account the requirements of the circular economy when it was working in the period 2017-2019 on the strategic document, which is the Waste Management Plan for the Mazowieckie Voivodeship for 2024. The objectives and directions of activities set out in the document as well as projects indicated in the Investment Plan for the Mazowieckie Voivodeship are aimed at the gradual introduction of the principles of a circular economy, which allows to preserve the value of products as long as possible, to use resources in an efficient way and to reduce waste generation.

Effective use of raw materials

According to the principles of the circular economy, products, materials and raw materials should remain in the economy for as long as possible. This means that waste, if it is already generated, should be treated as secondary raw materials that should be recycled, processed and reused. The waste management plan for the Mazowieckie Voivodeship 2024 includes long-term objectives for reducing landfilling and stepping up preparation for re-use and recycling of priority waste streams, such as municipal waste, packaging waste and industrial waste.

The implementation of assumptions in the field of municipal waste management is supported by the Investment Plan which guarantees projects financing. The activities planned at the regional level are aimed at motivating to segregate and to use an effective way of waste collection systems that minimize the costs of recycling and of reuse. Any municipality from the Mazowieckie Voivodship will be able to apply for co-financing of construction of a selective collection municipal waste point equipped with the necessary infrastructure, a repair point and a collector of non-waste used items. The Investment Plan also includes all notified projects of extension and of modernization of the existing Points of Selective Collection of Municipal Waste. In addition, the kind-specific and financial schedule included in this document identifies a number of educational tasks which aimed at building ecological awareness, without which the implementation of the circular economy system is impossible. 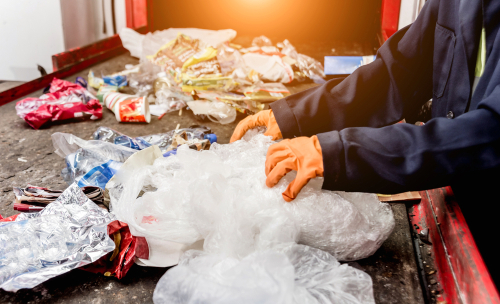 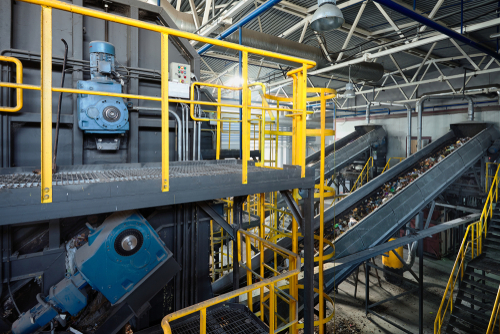 The implementation of the circular economy is also supported by projects indicated in the Investment Plan. Their objective is to modernize installations of selectively collected municipal waste and modernization of municipal waste treatment installations towards thorough treatment of selectively collected municipal waste. Thanks to the financial support, entrepreneurs will be able to retrofit installations in devices for increasing the recovery of raw material fractions such as paper, metals, plastic and glass in order to transfer them to waste recycling installations. The activities planned in the document serve to implement the hierarchy of waste management methods and indicate the goals and directions of activities moving towards the circular economy.

There are funds for modernization!

It should be mentioned that in the period 2016-2017, thanks to the funds from the Regional Operational Programme of the Mazowieckie Voivodeship 2014-2020, it was possible to support investments that are getting Mazovia closer to the circular economy. Within the priority axis V "Environment-friendly economy", under Measure 5.2 “Waste Management” 40 Points of Selective Collection of Municipal Waste (construction, expansion, modernization) were implemented. The value of projects submitted in competitions exceeded 20 million PLN, of which over 12 million PLN was co-financed by the European Union.

In addition, the Mazowieckie Voivodeship strengthens the innovation area of circular economy for example by supporting, under Measure 1.2 “Research and development activity of enterprises” within ROP 2014-2020, the project to develop an innovative technology for recovery of glass and polymer from safe insulated glazing and car windows and an innovative installation for the recovery and recycling of used hazardous substances plastic packaging - especially plant protection products are concerned. Another project supported under the same program framework concerns research of an alternative cement binder for cold recycling technology with emulsion and asphalt bitumen binders. 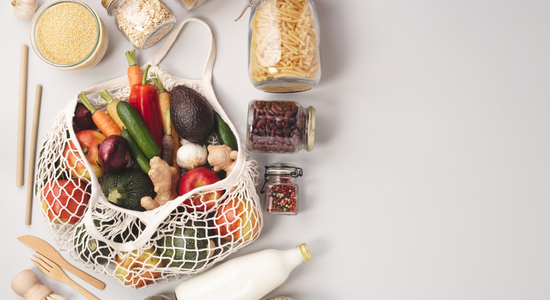 Bearing in mind that the transition to an economic model based on the assumptions of the circular economy requires system changes with the involvement of entrepreneurs and the entire society, therefore the Self-Government of the Mazowieckie Voivodeship over the last three years has taken initiatives to initiate the implementation of a circular economy in the Mazowieckie Voivodeship. In 2018-2019, two editions of the international congress devoted to the circular economy entitled Mazovia Circular Congress were organized (in 2018 in Płock, and in 2019 in Warsaw).

During the first edition of the Mazovia Circular Congress, organized under the slogan "About the economy round the clock", good practices and unusual solutions of cities, companies and business institutions from around the world were presented, as well as the benefits of the transformation of economies towards Circular Economy. It covered three areas: Circular City, Circular Food and Circular Manufacturing, and included presentations, debates with experts from England, Denmark, Sweden, Spain, France, Romania, Norway and Poland. On the second day of the congress, a lecture on the Circular Economy as a new management model was delivered. The aim of the Congress was to present the challenges posed by the global economy. It was important to support institutions and companies as well as education devoted to building a common vision of the circular economy. The event was directed to those interested in the subject of the circular economy, in particular the food, manufacturing, textile, packaging and chemical industries, but also to local governments, entrepreneurs, scientific institutions, companies providing municipal services and suppliers of new technologies.

The second edition of the Mazovia Circular Congress was organized under the slogan "Business round the clock". During the conference, you could listen to inspiring presentations, take part in interactive workshop sessions and learn about the most interesting case studies from Poland and all over Europe. About 170 representatives of various stakeholder groups participated in the meeting, including: entrepreneurs, non-governmental organizations, local governments, the scientific community and consumers interested in the topic. The essence of this edition of the congress was to show the broadest possible perspective of the circular economy, and above all, to present the challenges that the global economy - through new technologies, consumerism, climate and social changes, as well as dynamic development of cities - poses to entities, forcing changes in their traditional business models.

Additionally, on 6th June, 2019, “The Circular Economy Forum for Local Government Units" was organized in Warsaw, to participate in which representatives of local government units from the Mazowieckie Voivodeship and all marshal offices were invited. The aim of the meeting was to familiarize local governments with the concept of the circular economy, i.e. to present the theoretical and practical approach to the issue and to show how specific circular solutions can be introduced at the local government level. 81 representatives of self-governments from all over Poland participated in the meeting. The forum was very popular among the participants, thanks to its content and substantive presentations, but also thanks to the workshop formula, which was conducive to the exchange of knowledge and experiences and establishing contacts. Above all, the Forum allowed local government officials to learn about specific solutions that they can implement in their area.

On the other hand, in 2020, there were three cycles of on-line training courses in the field of circular economy for entrepreneurs from the SME sector. The trainings were aimed at educating on sustainable resource management, responsible waste management and industrial synergy aimed at closing the loops, including showing entrepreneurs how to change their operating model in a circular direction and raising their awareness on how many new business opportunities are open thanks to such transformation. As a part of three training cycles, conducted in November 2020, representatives of 33 enterprises - representing various industries operating in the Mazowieckie Voivodeship - were trained.

This is how the first day of trainings looked like.

The training resulted in the participants' understanding of the essence of the circular economy and the role of the transformation from a linear economy model to the circular economy in the context of sustainable resource management. The participants gained knowledge on how circular business models work and what benefits come from using them in enterprises in various sectors. They also learned about: the hierarchy of waste management and the effects of changes in legislation at the national and European level, assumptions of work on innovations in creative methods in the context of circular business models, and learned how to use Circular Strategies tools according to the 3 stages of Fame Work of the implementation of innovations. In addition, during the training, the participants tackled the design challenge, working in groups, and identified bottlenecks in implementing circular economy strategies.

The recap of workshops.

Author: The Office of the Marshal of the Mazowieckie Voivodeship

Żywiec Group: We give bottles a second life
Circular economy – the principle pointing us to a greener future