ORLEN is commonly associated with the supply of fuels for vehicle transportation. Therefore, the Polish giant has planned to adapt its activities to the broad changes that this sector will face on the path to climate neutrality.

The climate neutrality planned by the European Union for 2050 will mean that EU economies must reduce their greenhouse gas emissions to a net-zero level. Achieving this goal will require dramatic emissions reductions across all sectors.

One of the most considerable demands is transportation, which relies mainly on energy from burning fossil fuels. The decarbonisation of this sector is also a challenge for companies supplying fuel for motor vehicles. 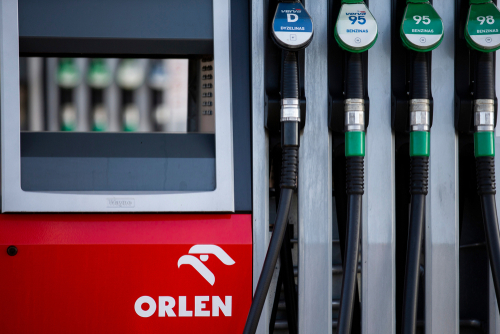 ORLEN - the first Central European oil company to declare climate neutrality by 2050 - took into account the changes awaiting transport in its transformation plans. The company from Płock drew attention to the increasing role of alternative fuels. The development of electric transport technology is to contribute to achieving climate neutrality significantly.

The ORLEN Group currently has 139 charging stations in Poland, of which PKN ORLEN has 86, and Energa 53. Independently, Energa Operator is completing investments in 279 charging stations. The entire infrastructure is successively connected to one ORLEN Charge platform. As a result of the synergy of activities and acquisitions in the field of electromobility by PKN ORLEN and ENERGA, it will be one of the largest operating networks in Poland. By 2030, ORLEN wants to have 1,000 charging stations for electric vehicles.

However, electromobility is not only battery cars but also vehicles with the so-called fuel cells, i.e. devices powered by hydrogen. Cars with such installations have a greater range than cars equipped with batteries. They are also not affected by the negative consequences of low temperatures. ORLEN has already noticed the potential of hydrogen fuel - that is why the Płock company is developing a hydrogen hub in Trzebinia and is preparing the first refueling stations for this raw material.

The ORLEN Group recognises the role of alternative fuels, which is reflected in the announced strategy. It intends to develop competencies in hydrogen technologies to ultimately be a leader in the energy transformation in Poland with the use of this raw material.

The title was prepared by the TOGETAIR editorial office.