Offshore wind energy is creating extremely positive prospects for the Polish economy, including for the economic growth of shipyards and local communities. In order to take advantage of the emerging opportunities, effective actions and development projects are necessary.  These are being implemented by the Industrial Development Agency (Agencja Rozwoju Przemysłu S.A.), which aims to introduce Polish offshore industry to wider waters.

Polish GDP could increase by as much as 4 or 5 billion EUR annually if wind farms capable or generating 8-gigawatts worth of electricity are successively built in Poland. By 2030, between 70,000 and 130,000 new jobs could be created. The added value generated by Polish enterprises in connection with the execution and handling of investments in offshore wind farms and their subsequent operation could amount to 68 billion PLN. This is what follows from documents related to the offshore bill's procedure.

Investment in offshore wind farms brings significant benefits, above all a boost for local content. What exactly is local content? It is the use of local assets (materials, workers, etc.) to produce a given product at its destination (instead of importing assets from another area). It is easy to calculate that if the level of local content of the supply chain in the construction of wind farms was 50%, it could bring the Polish offshore industry 50 billion PLN of income within a decade.

Of course, these are the most optimistic scenarios. At the moment, the potential share of Polish companies in the supply chain is estimated at 20 to 25 percent, assuming full capacity utilisation and 100 percent success rate in winning tenders, which, of course, is unrealistic. Reaching 50 percent is a huge challenge. Poland can only achieve it with the help of an appropriate regulatory environment and effectively planned and conducted actions.

The current state of offshore wind power in the world

But why should we actually do the hard work of investing in offshore? To answer this question, let's look at the state of the sector globally. Offshore wind energy has come a long way in recent years – until a while ago it was a sector with little capacity to meet energy needs. Today the situation has changed – wind farms can, and indeed do, provide energy to many households across Europe.

The development of the sector can also be seen by looking at employment. Estimates by the European Wind Energy Association show that in 2016 around 75,000 people were employed in positions directly related to offshore wind energy across Europe.

Where is our country in this scenario?

It turns out that Poland is an extremely promising market in terms of offshore wind energy potential. This is due to favorable natural conditions – including strong, stable wind and relatively shallow depth in a large area of the coastal exclusive economic zone. The optimistic scenario for the potential power that can be installed in the zone is 28 gigawatts.

The long-term goal is to make Polish companies the leading contractor for components within the offshore industry. However, building this competence is a long-term process. The short-term goal is to gradually acquire experience by steadily constructing wind farms in the Baltic Sea.

These prospects are reflected in the general perception of Poland by experts involved in the sector. In the Acuris Studios report, based on surveys conducted with several dozen representatives of managerial staff from companies investing in offshore wind farms, Poland was ranked third among the forecasted market leaders for the development of new wind farms. Estimates in the report indicate that 9.6 gigawatts of power will be generated offshore by Poland in 2034.

How to exploit this potential? The way forward is synergy and increased competence 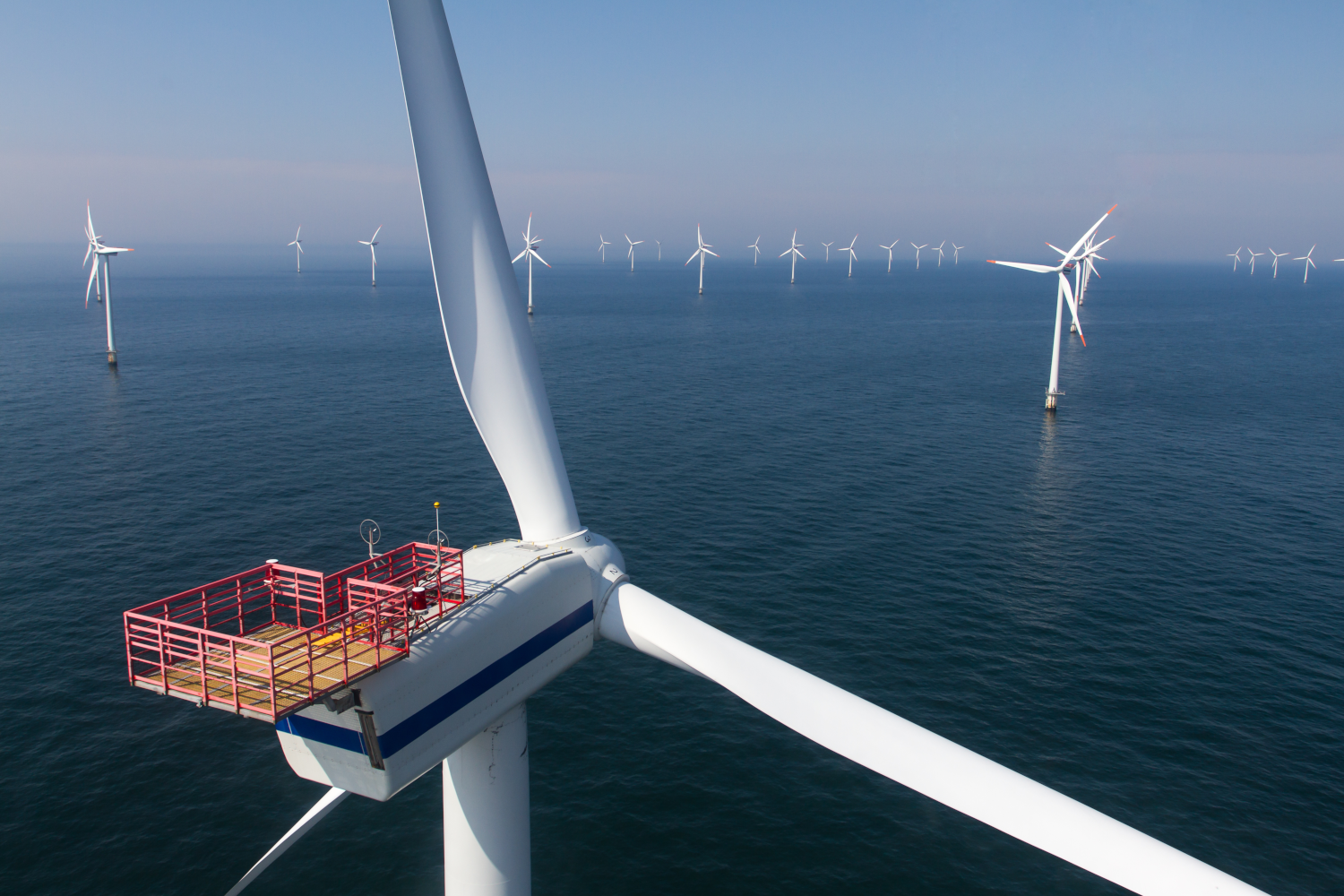 The Industrial Development Agency sees building offshore wind energy infrastructure as a development opportunity for Poland and Polish industries.. In order to create an effective development environment for the Polish industry in the context of OWE, it has taken concrete actions by consolidating its subordinate companies operating in the shipyard and offshore market. Thus, with the integration of Stocznia Gdansk, GSG Towers, Baltic Operator and Energomontaż Północ Gdynia (EPG), a new entity - Baltic Industrial Group (GPB) - was established.

This shows the potential that can be unlocked by cooperation between companies that until now have operated independently. The synergy created by the establishment of the Baltic Industrial Group may result in a dynamic increase in the competence of Polish local content regarding the offshore industry. And yet, production possibilities in the context of offshore wind energy are present in several companies of the ARP Capital Group. These include Odlewnia Rafamet from Sochaczew, which has experience in manufacturing ductile iron castings, or ENERGOP, which deals with prefabrication of complete pipelines and steel structures for the offshore sector.

The goal is clear: for Polish companies to become an important element in global offshore production chains.

Wind blowing on the Baltic Sea is able to provide energy not only for domestic households, but also for Polish companies, which is why ARP S.A. unequivocally supports the idea of local content. It means that support for individual offshore wind energy investments should depend on the participation of domestic companies in the supply chain and the impact of the investments on the local community.

The Industrial Development Agency proposes that the entities executing the investments conclude a sector deal, to which the government administration should also be a party. This agreement will contain precise rules for realisation of investments, taking into account the idea of local content. Such a solution would secure the interests of Polish companies, help stimulate the local economy and also make it possible to fully utilise the potential that lies in Poland. This potential can be seen not only in low costs, but also in the location of production facilities in terms of supply. It gives Polish companies an advantage over competing European and Asian companies. And it is precisely this advantage that needs to be promoted and then exploited effectively. 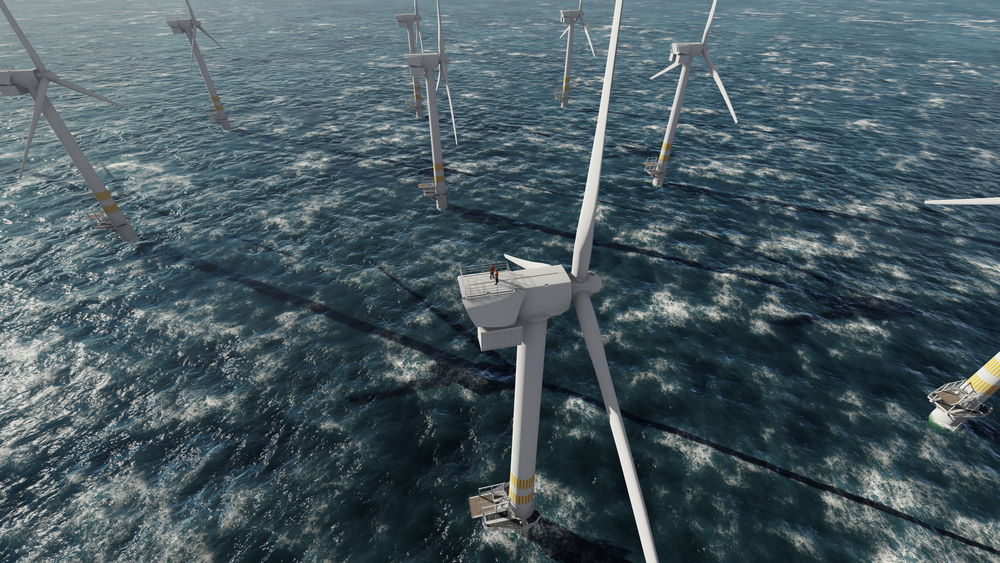 However, the goal is also expansion. The entry of Polish local content into foreign markets may result in gaining experience in cooperation with international concerns. In this way, our companies will be able to acquire know-how and technology that will allow them to gain a foothold in the offshore market.

In order to achieve these goals, a number of actions need to be taken. These include the development and implementation of a strategy for the growth of production and service potential based on: a detailed mapping of the market, identification of priority areas, and key products and services. The Industrial Development Agency together with the Baltic Industrial Group are currently in the course of this development process. It will also be important to further consolidate and integrate the national potential in selected key areas of activity, making it possible to stand alone in the market as the main supplier and contractor. Finally, the creation and strengthening of national brands in the offshore market will be key, together with active presentation of the offer in foreign markets.

Cooperation with selected foreign suppliers of key technologies or elements may serve to build competence of the Polish local content. To this end, ARP S.A. signed an agreement with General Electric and a letter of intent with Siemens Gamesa Renewable Energy.

The agreement with General Electric provides for cooperation in the development of offshore wind farms and photovoltaic projects in Poland. According to the agreement, the parties will jointly develop domestic production and service potential in the sector of modern conventional and renewable energy sources. The companies also plan to work on implementing ICT solutions related to cyber security of industrial infrastructure. The agreement is the result of talks held since 2017.

Similarly, the letter of intent with Siemens Gamesa Renewable Energy signed in June last year envisages strengthening the production potential of renewable energy sources. In doing so, Baltic Operator signed an agreement to supply 11 wind turbines for one of its onshore wind farms in Poland. The wind farm is to be located in the Pomeranian Voivodship and consist of up to 11 SG132 turbines with a capacity of 3.45 megawatts each. The planned total capacity of the project will be 38 MW. The delivery and installation of the turbines and the subsequent start up of the venture are to take place by the end of March 2021.

We have got the wind in our sails!

Consolidation of companies that can most fully exploit the potential of local content in offshore construction, or creation of scenarios for building the competencies of domestic companies, are actions that we must take as a state to successively and persistently develop the offshore potential in Poland. Although today we are still at the beginning of the road, the end of the journey may bring multi-billion profits and, above all, support numerous industrial companies and businesses; and ultimately benefit local communities through job creation. Wind in the sails of the Polish economy? Most likely. To take full advantage of it, we need to head in the right direction and stay on course. But the start of the voyage looks very promising.