Necessity to reduce emissions in the transport sector

We need to diversify and green the transport sector, which today is dominated by road haulage. This will require the development of railways, recognised by the EU as one of the least carbon-intensive sources of transport, and a shift to low- and zero-emission vehicles. The viability and profitability of developing inland waterway transport should also be considered.

Lorries, planes and sea freight transporting goods to the other side of the globe are among the largest emitters of greenhouse gases that are responsible for climate change. Unfortunately, the globalised world, which is based on free trade and the free movement of goods, will challenge all countries, not just Poland, to reduce emissions from this sector.

These trends can also be seen on a global scale. The International Transport Forum (ITF) estimates that by 2050, global freight demand will increase by 226 percent, and associated CO2 emissions will increase by 118 percent. International freight transport will account for almost half of all emissions generated by the entire sector (i.e. passenger traffic too) by mid-century.

Similar figures are also presented by the OECD, which forecasts that global freight transport demand will exceed 351 trillion tonne-kilometres in 2050, up 226 percent from less than 108 trillion in 2015. The largest increase in demand will come from one of the most environmentally damaging sectors, namely aviation (projected to grow by 363%). Second in line will be the growth in demand for inland waterway transport (265 percent), and sea freight (245 percent) which will handle more than 74 percent of all global trade by mid-century. Global road transport (197 percent) and rail transport (134 percent) will also increase.

Why such a change? The increase in demand for transport is closely linked to projected economic growth – the more international trade develops, the more products we have to transport over long distances. In this case, however, economic development comes at a high price. With current high emissions, their further increase will only move us further away from climate neutrality and closer to the catastrophic effects of climate change. In practice, this means that we can no longer maintain the current transport model based on fossil fuels. 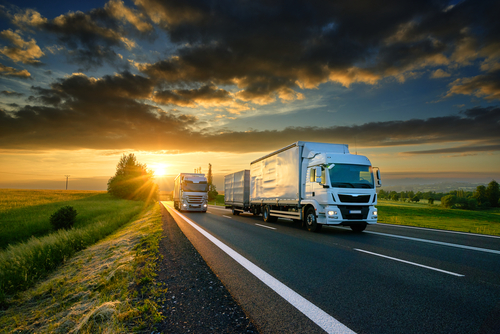 When it comes to transport-related emissions, Poland is not a solitary island. Between 1990 and 2016, transport-related emissions increased 2.5-fold in our country, reaching the equivalent of 65 million tonnes of CO2 in 2018. We cannot remain indifferent to this. As part of the EU’s Effort Sharing Regulation (ESR), we are obliged to reduce greenhouse gas emissions not only from energy, but also from sectors not covered by the Emissions Trading System (non-ETS), namely mainly construction, agriculture and transport. This will not be easy, as these are much more dispersed and diverse industries than the conventional power industry, dominated by large generators.

In the coming years, we will have to reduce emissions from the non-ETS sector by 7% between 2020 and 2030 (compared to 2005). The biggest cuts will probably have to be made in the transport sector, which is the second-largest source of greenhouse gas emissions in Poland. As much as 93% of this is generated by road transport. It is hardly surprising that many four-wheelers have hit Polish roads – the number of individual vehicles jumped from nearly 10 million cars in 2000 to over 23 million in 2018.

These trends are compounded by EU policy, which in 2019, for the first time ever, decided to set emission targets for heavy road transport. The new regulations, which came into force on 14 August 2019, stipulate that from 2025 all manufacturers of heavy goods vehicles sold in EU markets will have to reduce the average CO2 emissions generated by new vehicles by 15 per cent compared to the level between 1 July 2019 and 30 June 2020. Moreover, from 2030, emissions will have to be further reduced by 30%.

Poland on the road to clean transport

Meeting these requirements may be quite a challenge for Poland, where road transport is the dominant mode of freight transport (responsible for over 83.5% of all transports – according to Statistics Poland data). In practice, this means that we will not only have to modernise our heavy goods vehicle fleets, because simply switching from internal combustion engines to electric or gas-powered vehicles will not be enough to significantly reduce CO2 transport-related emissions. It will also be necessary to develop modes of transport that have a less negative impact on the environment (above all green railways and inland waterways). 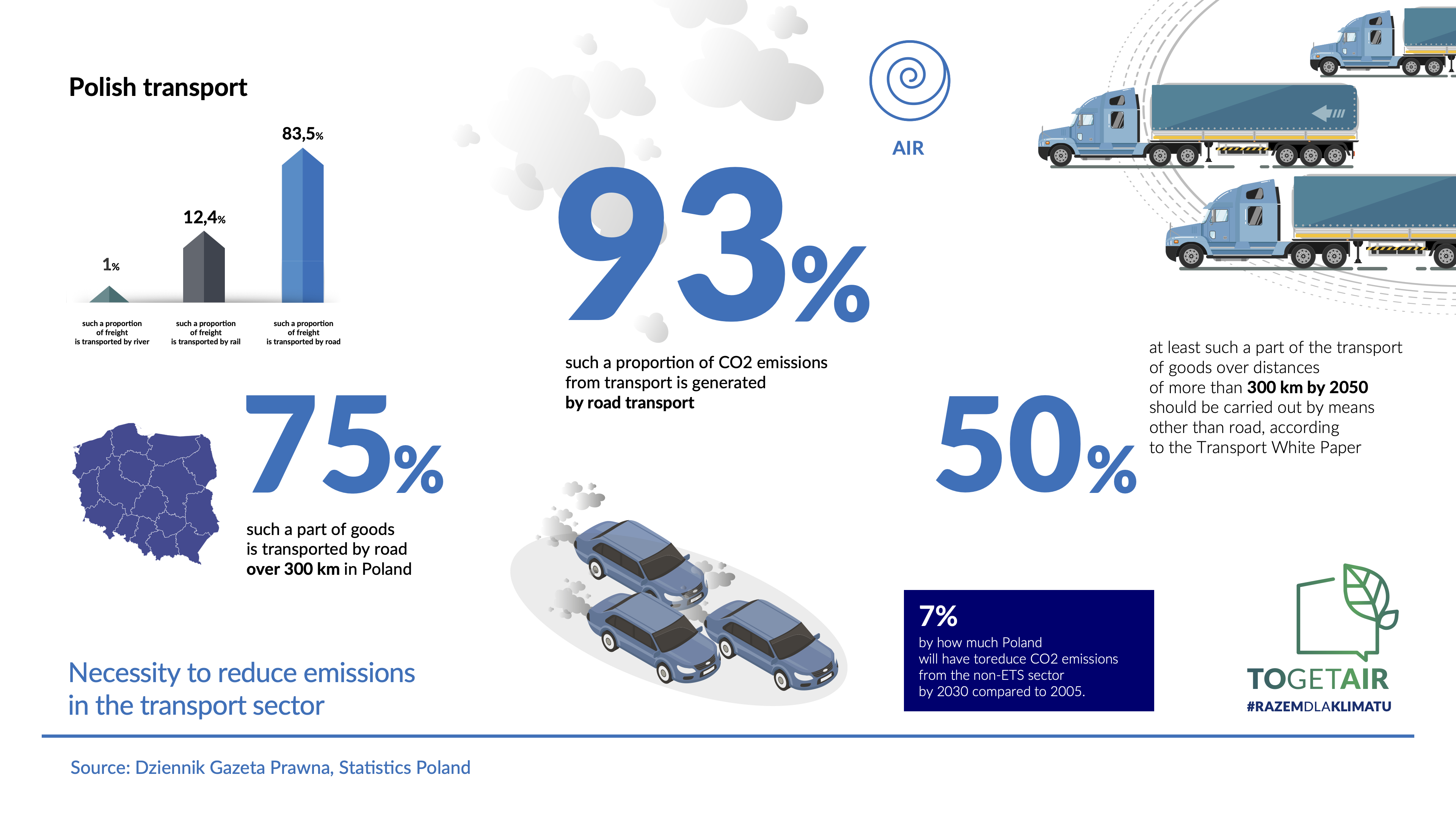 The government also noticed the need for such changes, as can be seen from the National Reconstruction Plan, a strategic document defining the directions of support and investment priorities for the coming years. The National Reconstruction Plan assumes that more than EUR 1 billion will be devoted to increasing sustainable transport accessibility, in particular by ensuring adequate quality of collective public transport services for zero-emission public transport. In turn, over EUR 6.074 billion is to be allocated to ‘Green, intelligent mobility’. This will be the second-largest pot of money (just under the EUR 6.347 billion allocated to the ‘Green energy and energy intensity reduction’ component).

A large pool of funds is also to be devoted to the green transformation of the rail sector and making it more competitive against road transport. This is to be achieved by modernising selected railway lines (a total of 530 km) under the National Railway Programme, replacing and modernising rolling stock with more energy-efficient rolling stock (national and regional) for passenger transport (a total of 38 units) and investing in infrastructure to promote intermodality (e.g. transshipment terminals). The government plans to spend over EUR 2.687 billion on these tasks.

From trucks to ships?

Diversification of the transport sector will be crucial to the success of the emissions reduction plan. One such possibility is the development of inland shipping, i.e. shifting cargo from trucks to barges. This is a direction supported by the EU, which was already published the Transport White Paper in March 2011. It sets out the overarching objectives and priorities for the sector in the coming years. One of them is the assumption that by 2030, 30% and by 2050, over 50% of goods transport over distances of over 300 km should be carried out by means of transport other than road, e.g. by water or rail. 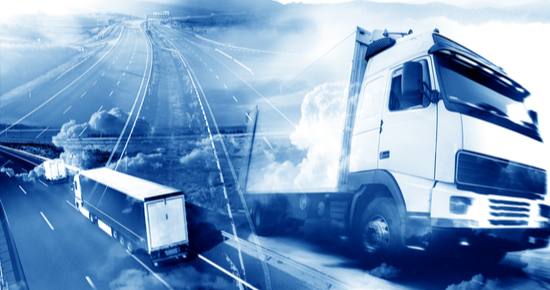 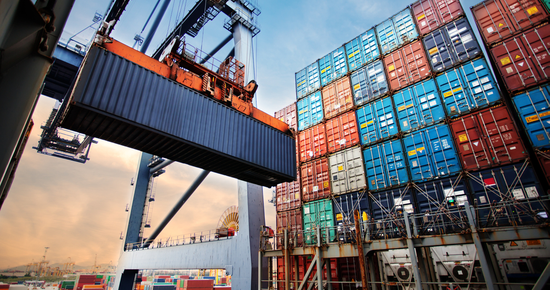 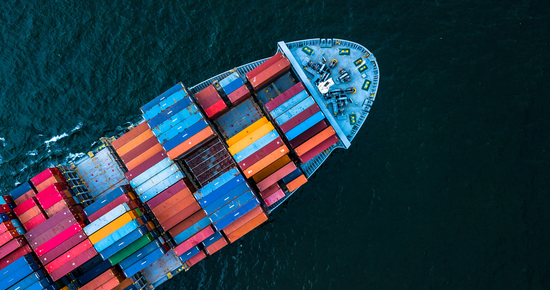 At the same time, it should be pointed out that waterborne transport, although much less carbon-intensive than car transport, also has its negative side. The development of inland waterway transport adversely affects the environment by inevitably interfering with the natural course of rivers. This, in turn, not only threatens many protected species, but can also increase the risk of flooding (as the waterways are ‘straightened’ so that barges do not have to manoeuvre too much, making the water flow faster as there are no natural terrain blocks).

Nevertheless, from a climate protection perspective, if we reduce the carbon footprint an ecological priority, inland waterway transport has more advantages than disadvantages. Firstly, it is characterised by relatively low energy consumption: One litre of fuel can move as much as 127 tonnes of cargo over 1 km by river vessel, compared with only 50 tonnes by car and 97 tonnes by rail. Secondly, shifting goods from trucks to barges reduces congestion on the roads, which in turn affects air quality. A great advantage of inland waterway transport is also the high capacity and tonnage of the river fleet. One large river vessel can replace up to several hundred cars, and smaller vessels operating on local waterways up to several dozen vehicles.

Unfortunately, according to Statistics Poland data, the amount of cargo transported by Polish shipowners by inland waterways has been very low since 2016. It fluctuates around 1 per cent, which is marginal compared to 83.5 per cent of freight transported by road and 12.4 per cent by rail. Worse still, it is in steady decline. And this applies to both national and international transport.

This has been influenced by low investment in waterborne transport, which has not allowed this branch of transport to develop properly. Underfunding has also led to the degradation of many waterways, which has only exacerbated the disparities and competitiveness of waterborne transport and rail and road transport. If river transport is to be developed, it will be necessary to provide decisive financial support for the entire sector and a systematic plan for the development of waterways.

Levelling the playing field for trucks and railways

The development of intermodal transport also urgently needs improvement, as the Supreme Audit Office’s recent findings clearly show. They show that in Poland as much as 75 per cent of goods are transported by truck over a distance of more than 300 km, and only a small part by rail and inland waterway. The Supreme Audit Office points out that the problem is the low competitiveness of rail freight, which is expensive and slow, and the low density and uneven distribution of intermodal terminals where goods are transshipped onto another mode of transport. However, experts are in no doubt that shifting part of the road transport to the railways is a necessary step towards reducing CO2 emissions. 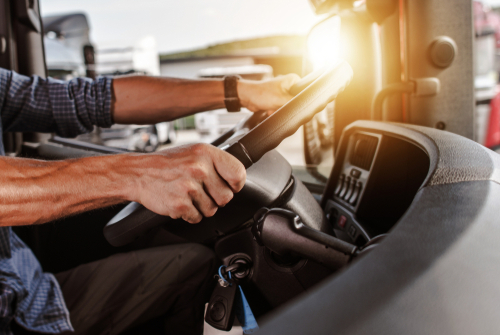 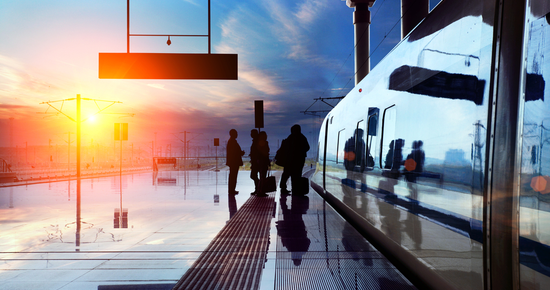 Simultaneously, mechanisms should be put in place to make rail more attractive in relation to the dominant lorry transport. Today the competitiveness of these two modes of transport is being undermined. One of the disadvantages of rail is the toll system, which covers 100% of rail routes and only 1% of public roads. This is the so-called viaTOLL system. As it stands, it means that trains pay for every kilometre of track they use (which affects the price of the journey) and trucks pay for a tiny fraction of the roads they use.

Experts believe that the disproportion of one hundred to one is too glaring and should be eliminated so that the same rules apply to road transport operators. Especially as heavy goods vehicles not only have a negative impact on air quality, but also affect the state of the infrastructure. According to the Road and Bridge Research Institute, one lorry damages a road to a similar extent as 160 000 passenger cars, which results in a significant increase in maintenance and repair costs.

At the same time, it must be remembered that diversification of transport also has its limits, and that rail and inland waterways cannot replace all lorry transport. So what can be done to minimise their impact on the climate and air? The answer is to modernise vehicles and invest in alternative fuel propulsion. Although the greatest hopes are currently pinned on hydrogen fuel development, in practice, transport operators today have a choice between electricity and gas. 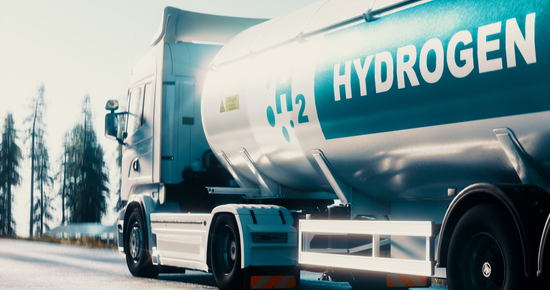 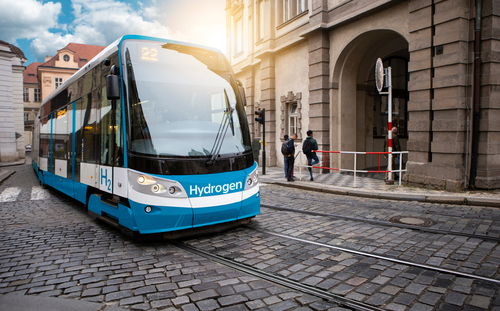 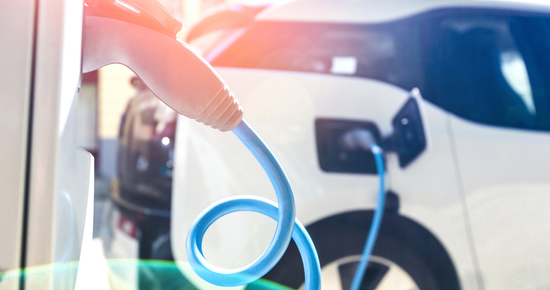 Reality shows that the latter propulsion is more popular, much more widespread on the market and less problematic to use than electric propulsion. The main problem of electric vehicles is still the short-range that they can cover (a maximum of several hundred kilometres) and long charging time, which puts the vehicle out of service for several hours. In contrast, LNG (liquefied natural gas) can be used for a journey of up to 1,600 km.

Moreover, gas-powered lorries are promoted by many Member States. As the experts from Transport & Environment explain in their September 2019 study: in virtually all EU countries, the tax rate for natural gas used in transport is significantly lower than for diesel. “Italy, Europe’s largest consumer of natural gas in transport, has one of the lowest tax rates for this fossil fuel – just EUR 0.09/GJ compared to EUR 17.22/GJ for diesel – which means a tax credit of almost 99.5 per cent for gas. On the other hand, Germany has recently decided to exempt LNG trucks from the toll system, which significantly reduces the operating costs of these vehicles,” says the study. The result? Figures from The Natural & bio Gas Vehicle Association Europe (NGVA) show that sales of gas-powered trucks increased by 15 per cent in Europe in 2016.

The trouble is that gas-powered heavy goods vehicles are still highly damaging to the environment and, instead of bringing us closer to climate neutrality, they only increase the economy’s dependence on fossil fuels. Therefore, if they are to be supported, they should be supported only in the short term, as temporary and transitional fuels, before hydrogen technology develops or electric propulsion become more widespread.