A forest is much more than a plantation

A plantation is an area filled with co-eval, monospecific cultivation all the way to the horizon, almost devoid of other plants, a true ecological desert. Calling commercial forest plantations is a simple misuse of the term. 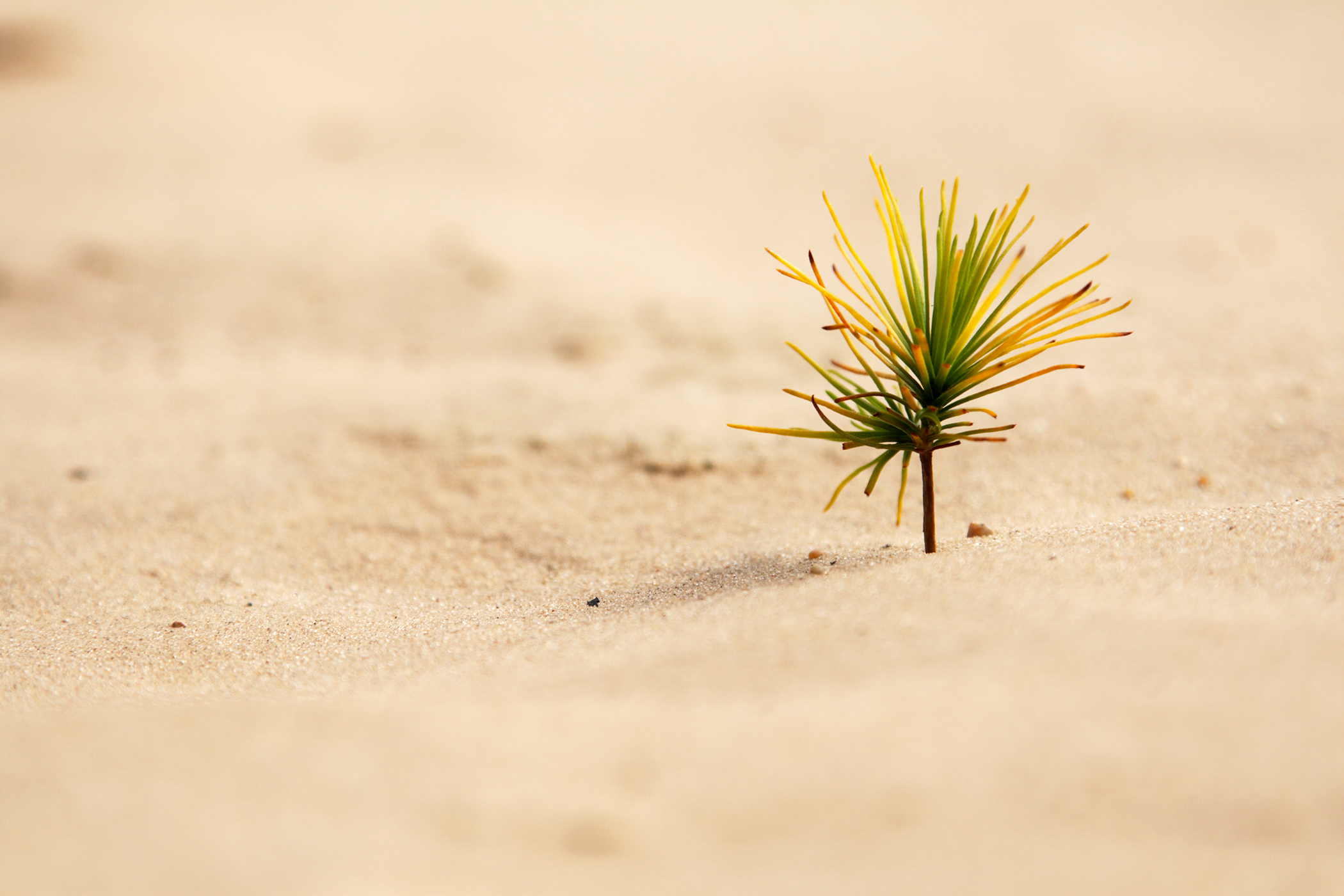 To fully understand the difference between a plantation and a forest, one can think of the tropics. Since that is where most plantations can be found, in the lands of the hot climate zones. They are quiet; birds have nothing to look for there, due to the fact that the amount of pesticides used effectively eradicates everything worth eating. Often fenced, endless plantations of cotton, the rubber tree, or the eucalyptus, despite looking quite picturesque on photographs, are, in fact, green deserts. This term, created in Brazil in the late 60s, describes vast, monocultural plantations of trees meant for production and planted in the areas where a primeval forest had previously been stubbed up. The consequences of such undertakings are not only catastrophic damages to the environment but also the harm of different nature, such as resettlements of local populations. The areas of plantations are more prone to fires and droughts. They also pose a risk of introducing invasive species, dangerous to the local environment.

In our climate zone, we can encounter plantations as well, though not those of the eucalyptus or the rubber tree, since these species cannot find appropriate conditions for growth here and would not bring profitable crops. The term “plantation” comes from the Latin word plantare - "to plant" and plantations are established primarily to maximally increase the production of the desired product, such as wood or fruit in a particular area. In Poland, one can easily find plantations of well-known baccate plants – strawberry, raspberry, or currant, as well as northern highbush blueberry and cranberry, popular in the past few years.

Plantations to the horizon

According to the previously quoted definition, cultures of energy crops also count as plantations. These can be our allies when it comes to environmental protection. The supply of fossil fuels used in energy production is exhaustible, and burning of those resources increases the greenhouse effect, emission of harmful substances into the atmosphere, and general pollution of the natural environment on a global scale. The use of renewable energy (RE) sources is not only a requirement in accordance with the European Union Directive, but also comes from basic common sense. The reduction of carbon dioxide coming from the burning of fossil fuels is necessary to mitigate the effects of climate change as well as to impede its momentum. The biomass coming from the cultivation of energy crops can generate even up to 70 percent of energy from all types of RE sources. To achieve that, appropriately selected species of trees are cultivated on agricultural lands for the needs of biofuel production as well as production of bio components, thermal energy, and electric energy. Ideal plants for energy purposes provide high crops while having low requirements in terms of water, and being resilient to droughts.

The oldest form of plantations in Poland is the plantation of the basket willow, which shoots were acquired to use in basketwork. Cultivation of the willow for such a purpose has been known since antiquity and is still practiced today. But the species that prevailed in terms of productivity were the poplars.

The poplar plantations in Europe has been first set up at the beginning of the nineteenth century; in Poland – in the late 20s, though it was rather experimental, lacking conviction. The interest in the fast-growing poplars reappeared after the Second World War when rebuilding the country generated high demand for timber, but the cultivation of poplars in plantations did not bring the expected results. At the end of 1998, there were still around 7300 ha of poplar plantations around State Forests, the last of which are currently being cut down.

On private properties, the estimates differ considerably. Many entrepreneurs, private forest owners, or farmers make use of the opportunity to cultivate fast-growing trees. Some farmers lease their fields to private investors for that exact purpose.

Oftentimes, hybrids, which are results of intercrossing previously known species, such as the “energy poplar” (a crossover between the silver poplar and the black poplar) or various willow species (i.e. the basket willow), are cultured especially for increasing the productivity. A different hybrid, bearing the catchy name “oxytree” (the oxygen tree), quickly growing in recent times, has been strongly advertised and quite controversial. It is a cross between two species of Asian Paulownia, trees hitherto known as ornamental plants, cultured by a Spanish biotechnology firm. Other energetic crops can be grasses, i.e. the prairie cordgrass, the giant miscanthus, or perennials, such as the Virginia fanpetals. They are adapted to the environment and the climate, despite being, in fact, alien to our environment. 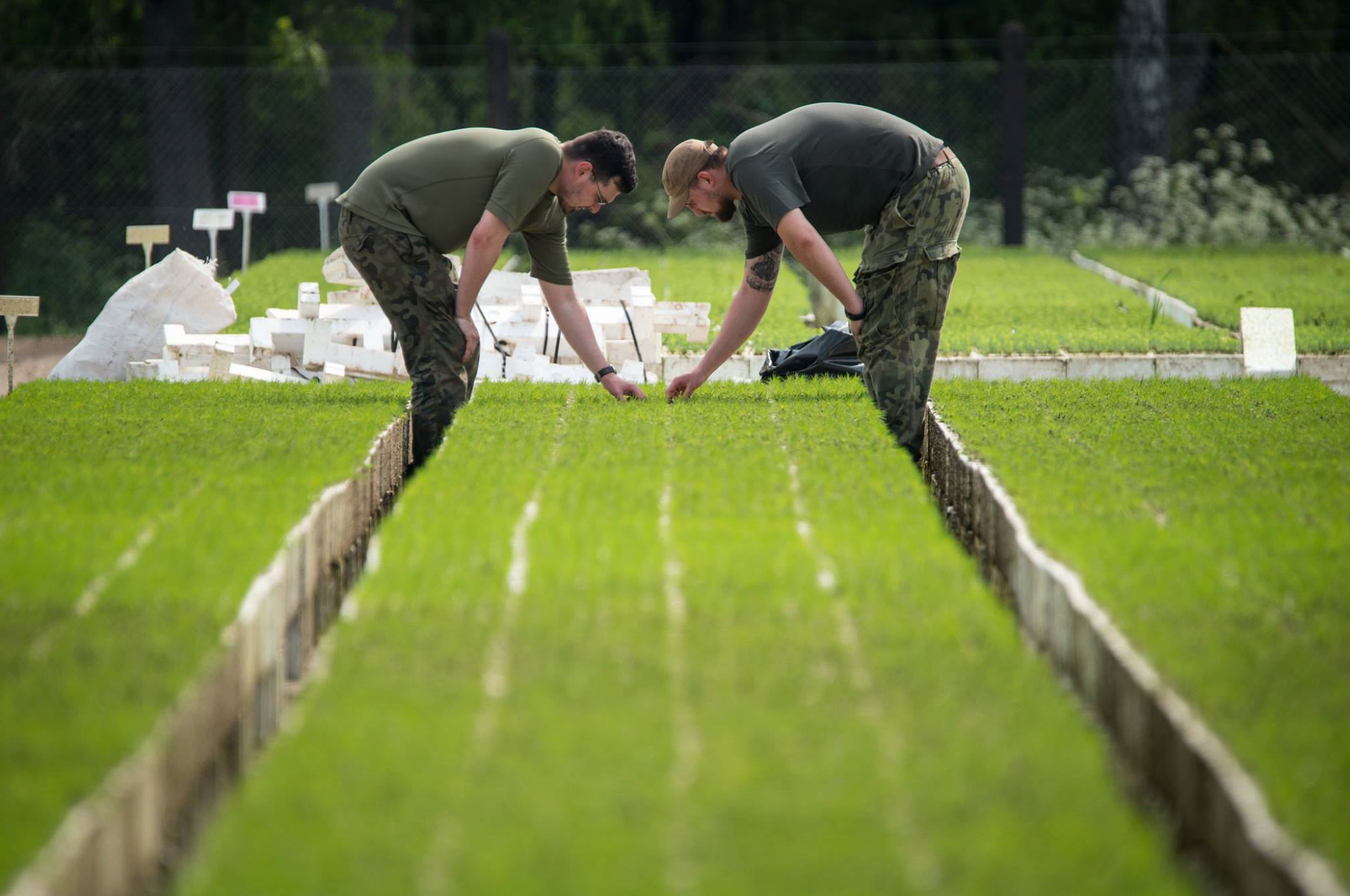 Currently, one almost cannot find a plantation in the strict sense of the word anywhere around State Forests. The only ones are cultivations of the spruce or the fir for Christmas trees, seed orchards, set up in order to obtain the seeds of forest trees of known genetic value, as well as the remaining plantations of fast-growing trees. Such areas, taken by the cultivation of one species of trees, make up for less than 2000 ha out of 7,3 million ha of forests managed by the State Forests. It is just a drop in the ocean.

The Wichrowo Forest District is one of the few that have plantations of fast-growing trees in its area. Their story dates back to the 90s when the forest district afforested almost 1700 ha of former croplands, taken over from the Agricultural Property Agency of the State Treasury. Over 100 ha of fast-growing tree plantations were set up then. The three favored tree species were: the poplars, which were planted in monospecific plantations, the larch, planted together with the linden and the spruce, and the birch – planted with the spruce. The spruce was planted with Christmas trees in mind, but its sales were low, due to the competing private entrepreneurs. However, the main goal of setting up plantations was not so much the production of the biomass, but something much more ambitious: transforming the degraded agricultural soils into a forest habitat while using a short production cycle.

“After over a dozen years, most plantations started to encounter problems. On the poplar plantations, the wood began to depreciate, due to the ruptures near the root crown in the early period of the tree's life. Many trees were observed to wither on the larch plantations, which is a problem in a lot of areas in Poland, due to climate changes. Regarding the birch, the increase in biomass and the technical quality did not differ from what was achieved while cultivating in much less favorable environments, in regular cultures" comments Krzysztof Śmiech, the forest inspector deputy in Wichrowo Forest District, who was present at setting up of the plantations.

Such problems encouraged the rangers to change the approach and plan a “reconstruction” – planting more typical vegetation in the place of the experimental plantations. The works have begun in 2020. After cutting down the trees from the first couple of hectares, it became clear that they provided much less timber than can statistically be obtained in a normal commercial forest, which, in addition to its economic function, plays a role both regarding the natural environment and the society.

Have one's cake and eat it

Conclusion? Let us return to the initial considerations. The aim of the plantation cultivations is clearly defined and explicit. It can be compared to a warehouse with one type of product, arranged on the shelves. What the eucalyptus, poplar, or hemp plantations have in common – apart from their production aim – is their appearance. Due to the plants growing in even interspaces, clearing of competitive species, and frequent fallowing (the so-called "bare fallow", where no plants are left) they all look alike. The lack of fungi is distinctive as well since the delicate hypha of the mycelium are destroyed because of the intensive cultivation, use of chemical fertilizers and plant protection products, as well as the short lifespan of the trees. Unless we are talking about the truffle plantations...

A commercial forest, being, by definition, a timber stand planted and shaped by men, is, despite appearances, a developed ecosystem, where each organism plays its role and takes part in creating a complex network. It takes place in monospecific timber stands as well, i.e. the beech stands (where the beech trees, shading the ground, do not give the trees of other species a chance to grow), a pine forest, and a multispecific broadleaved forest. It can be observed, for example, in the herb layer, which richness is made up of vegetation, fungi, insects, and other organisms, as well as decaying organic remains.

A forest ranger, an environmental engineer, sets up forest cultivation; they plant trees. Deciding which species to use is influenced by the existing conditions in the area. Dry sands, nutrient-poor soils, or former croplands will not do for a culture of the oak or the beech; they will not provide necessary nutrients and minerals for the greedy hornbeam, which is why the pine is what the farmer will plant there. During its growth and coming of harvest age, it will slowly, very slowly transform the structure of the soil and its fertility. A new ecosystem will emerge and get richer and richer through the years; mycorrhizal networks will form and biodiversity will increase. Such a forest will provide a place for living to organisms connected with old trees; great capricorn beetles, woodpeckers, and Protaetia beetles will find there their place as well. Large mammals, such as deer or the roe, will inhabit it. It will protect our soils from erosion and retain the precious water. It will play a culture-forming role, diversify the landscape, while we, the people, will find in it a place to work out or, simply, rest.

Three parts of a braid

Commercial forests are thus a compromise between a primeval forest and a plantation. A compromise that is necessary, due to the men's demand for timber and its 30 000 ways of use. Skillful utilization of natural resources allows one to have one's cake and eat it – achieve the commercial goal while maintaining all possible natural values of a forest and simultaneously almost incessantly allowing access to the people visiting it, so that it keeps up its social functions.

The fact that the time one has to wait for the result in the form of timber is much longer than it is when it comes to plantations, is compensated by other functions which the forest performs. As a renowned ornithologist,  Dr. Andrzej Kruszewicz said, those functions are like a braid – they are made up of three, inseparably connected elements. Interlacing, they create a network of ecosystem services. We must not forget that a forest is a complex, dynamic ecosystem, filled to the brim with a web of systems and a ravel of dependencies, which a plantation, with its several up to several dozen year-long life cycle would not be able to uphold. It all depends on the person in charge of the land and their preceding aim. If it is quantity – a plantation will bring quick crops. If it is quality – I would go with a complex commercial forest, where the birds sing, the deer roam, the fungi grow, and which, in a few dozen years will gift us valuable timber.

Raw materials and circular economy
The storm after the hurricane