Climate migration – what is it and if it concerns Poland?

Climate migration is a process, which we face even today and which will be progressing in the future. Despite that, it is still relatively weekly researched and defined. It is worth being aware of the possible consequences of this type of migration to manage them in advance in a humanitarian and secure manner.

The precise appraisal of how many people will be affected in the future by the climate and environmental migration problem resembles grounds fortune-telling. The causes of this state are the definition problems, the multithreading of the phenomenon, and the lack of ability to precisely predict the consequences of climate change in the next years. Even in 1990, the Intergovernmental Panel on Climate Change indicated, that climate migration will become one of the most serious consequences of climate change, estimating cautiously that „as a result of erosion and flooding of coasts or droughts, millions of people will abandon their homes”.

A certain image of the scale of this mechanism is shown by the partial data and estimation. In 2019 the extreme weather phenomenons caused the resettlement of almost 25 million people in 140 states of the world. The climate migration caused by the rising of the sea level, flooding of inhabited coasts and islands can hugely impact the decisions concerning resettlement. For they are often the most densly populated areas it is estimated that this element of climate change can influence on lives of 40% of people on Earth. The small island states are in the most difficult situation. We speak about the Maldives, Tuvalu, Kiribati, or the Marshall Islands which because of their minor size and  their geological construction bear the huge losses with every, even the smallest typhoon. The World Bank estimates that by 2050 the climate change may force around 140 million people to domestic migration.

What is climate migration?

The factors shaping the migration have a demographic, social, economical, political, and environmental dimension or they are its combination. Within the limits of environment, we can distinguish the changes in the surrounding, arising from the transformation of the climate. There are some which are direct and sudden like a strike of typhoon and their intensity and frequency is a result of it. We distinguish also the situations, where the resettlement arises from repeating, long-lasting heat waves, the rise of sea level – thereby the negative precedences of the climate change influence on the certain region in a more stepwise and stretched over time way.

It is even more difficult to identify climate change as an initial cause of migration in a situation when it doesn't affect people's health directly but makes it harder and impossible to lead a normal life through access to resources. An example for this can be the salinity of the potable water reservoirs and the rising of the sea levels or a typhoon or destruction of crops because of a disturbed rainfall cycle or an intense drought period. This type of phenomenon can make life in a certain place impossible.

The migration connected with the natural environment is not new phenomenon in the history of humankind. The plague of potato in the XIX century which caused the so-called Great Famine in Ireland forced 2 million people to emigrate in the search for food and proper conditions for a living. In the 30ties of the XIX century, a dozen or so states from the area of the Great Plains in the US were affected by the ecological catastrophe, caused by excessive agricultural exploitation and the intense drought. This period, known also as Dust Bowl caused a huge exodus of around 3,5 million inhabitants of the Plains. This will probably be more migrants than several years after in California because of the Gold Rush.

How therefore is today's migration different from the examples known from history? It has a more complex and global character and it is progressing. It can have many forms: domestic migration, and migration abroad, seasonal or permanent. One of the recent (2019) examples of domestic migration was the necessity  of the change of the place of the settlement by 1,85 million people in Mozambique because of the strike of the cyclone Idai. In the same year, around 4 million climate refugees were reported in Bangladesh, China, India, and the Phillippines.

Similar situations in which the change of the natural environment will overlap conflicts and enforce migration can be more and more common in the future. Climate change and the arisen extreme weather phenomenons can lead to the fight for basic resources like soil for farming or potable water. 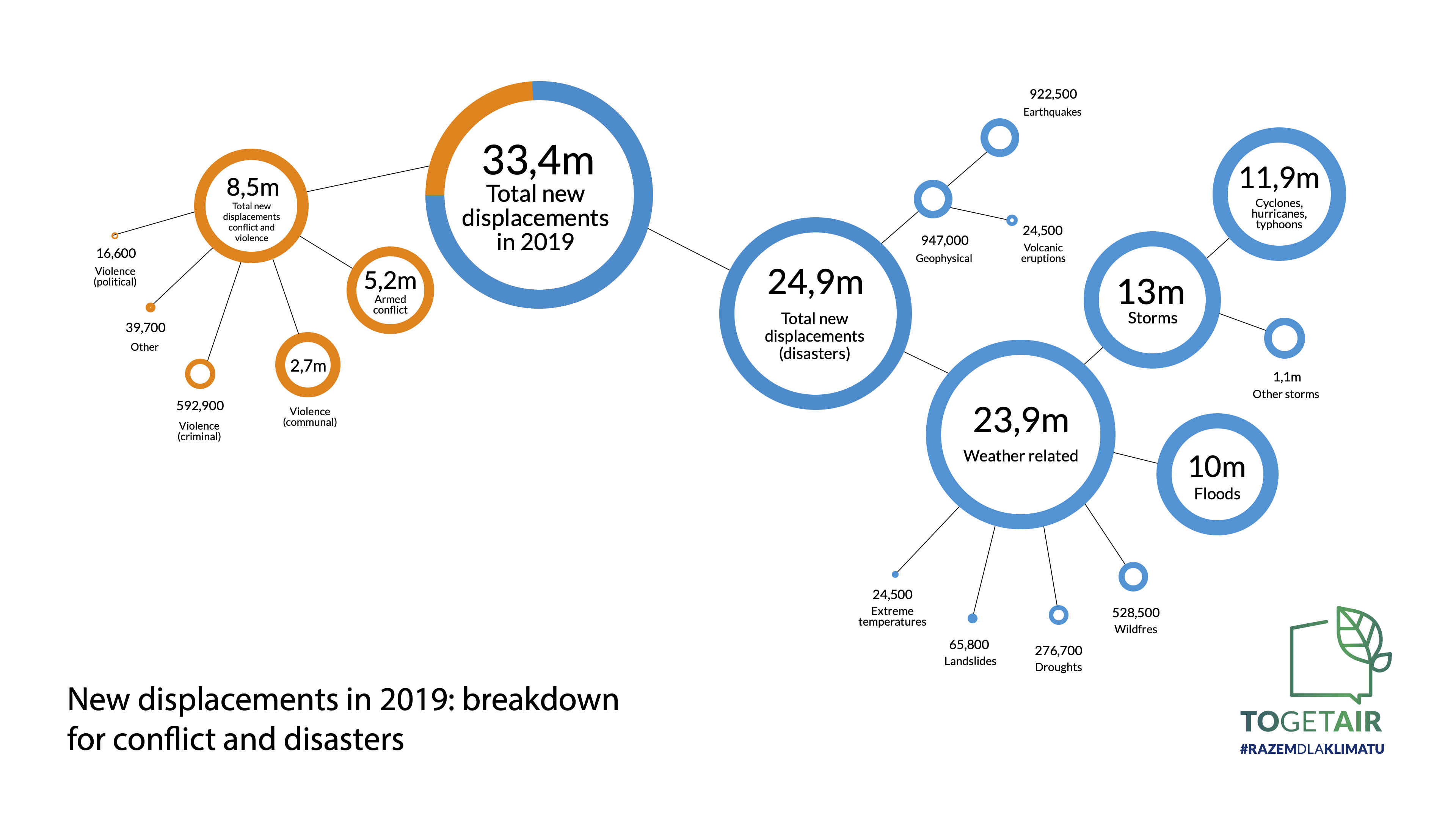 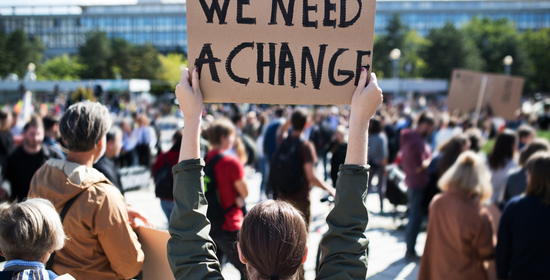 Just as no one is questioning the visible consequences of climate change in Poland anymore (for example the summer heatwaves, droughts arising from the shortage of delinquent snow), thus the climate migration should not be considered a topic that doesn't concern us or won't affect us in the future. Today we are not able yet to estimate precisely how much this phenomenon will affect us in the upcoming decades but it is worth being aware of it. On the one hand together with the progressing climate change, we can forecast domestic migration arising for example from the rise of the level of the Baltic Sea or the shortage of water in certain regions of Poland. On the other hand, Poland can become a country of destination of emigrants from the countries which are the most vulnerable to the severe consequences of climate change.

The forecasts of the potential migrations would have to rely on the models of climate change. That's why today it is difficult to create them for Poland with any precision. It is worth however to make such attempts, even just for evolving the methodology for the future.

Apart from the mitigation activities which have a chance to diminish the risk of climate migration, it is worth focusing on adaptation. The international organizations work on legal frames which would enable the protection of the climate refugees. The regulation of the definition and legal matters is therefore crucial here.

As the second level of activities, it is worth emphasizing the need for the deepened research on the climate migration phenomenon because the ones already existing but still rare and concerning the local contexts of these phenomenons  indicate how  needs and reactions of a community to the necessity of resettlement can be diverse. That's why it is so important to collect information on this topic, including diverse social-cultural backgrounds. First of all it will enable much better, tailor-made planning of the migration policy and introducing solutions that will be safe and humanitarian for  both migrating and accepting communities. These concrete steps which will directly influence the migrating can be named the third level of action.

In the face of mass migration which may take place in the future at the same time in different regions, such a spectrum of worked out practices of conduct can turn out to be extraordinarily useful. Additionally, the earlier encounter with very different, sometimes unobvious reactions of the community to certain migration situation, has a chance to limit at least some of the conflicts arising from it. With it, there are investment plans and a new infrastructure which can be designed better knowing the forecasts of the inflow of people to a certain area.