Greater Poland: It feels lighter to breathe, but the smog continues to poison

In Greater Poland, air quality improves every year, however, the benzo(a)pyrene continues to remain too high. What is the plan for getting rid of this burning issue? It’s ambitious! An even greater emphasis on education and, consequently, strengthening public awareness, subsidies to support clean air action, and achieving climate neutrality by 2040. Set... go!

What awaits us in Greater Poland? Among other things, numerous landmarks, rich history, valuable natural areas, and many attractions for fans of active lifestyle. However, is it in the fresh air?

It's definitely better, BUT...

The local government of Greater Poland Voivodeship has been working for years to achieve good air quality at regional level.

This was made possible by, among other things, anti-smog resolutions introduced in 2018, adequate public education, growing environmental awareness, numerous local initiatives, subsidies for the modernization of old furnaces, the installation of new heating equipment, and the change of sources sourcing energy for greener ones. The effects are commendable, but not visible to the naked eye. Smog still remains in the offensive.

As Jacek Bogusławski, member of the Board of the Greater Poland Voivodeship, admits that breathing a full breath is still a long way here. In 2018, 16 PM10 dust exceedance areas and 5 regions exceeded the standard set for PM2.5 dusts  singled out. This means that virtually all inhabitants of Greater Poland are exposed to the harmful effects of benzo(a)pyrene. This threatening substance being the most toxic ingredient in smog gives off when burning poor quality coal, wood and garbage (especially plastic). Penetrating into the respiratory system and bloodstream increases the onset of threatening diseases - including, but not limited to, cancer, as well as adrenal, liver and immune system conditions. No wonder the authorities roll up their sleeves and act. 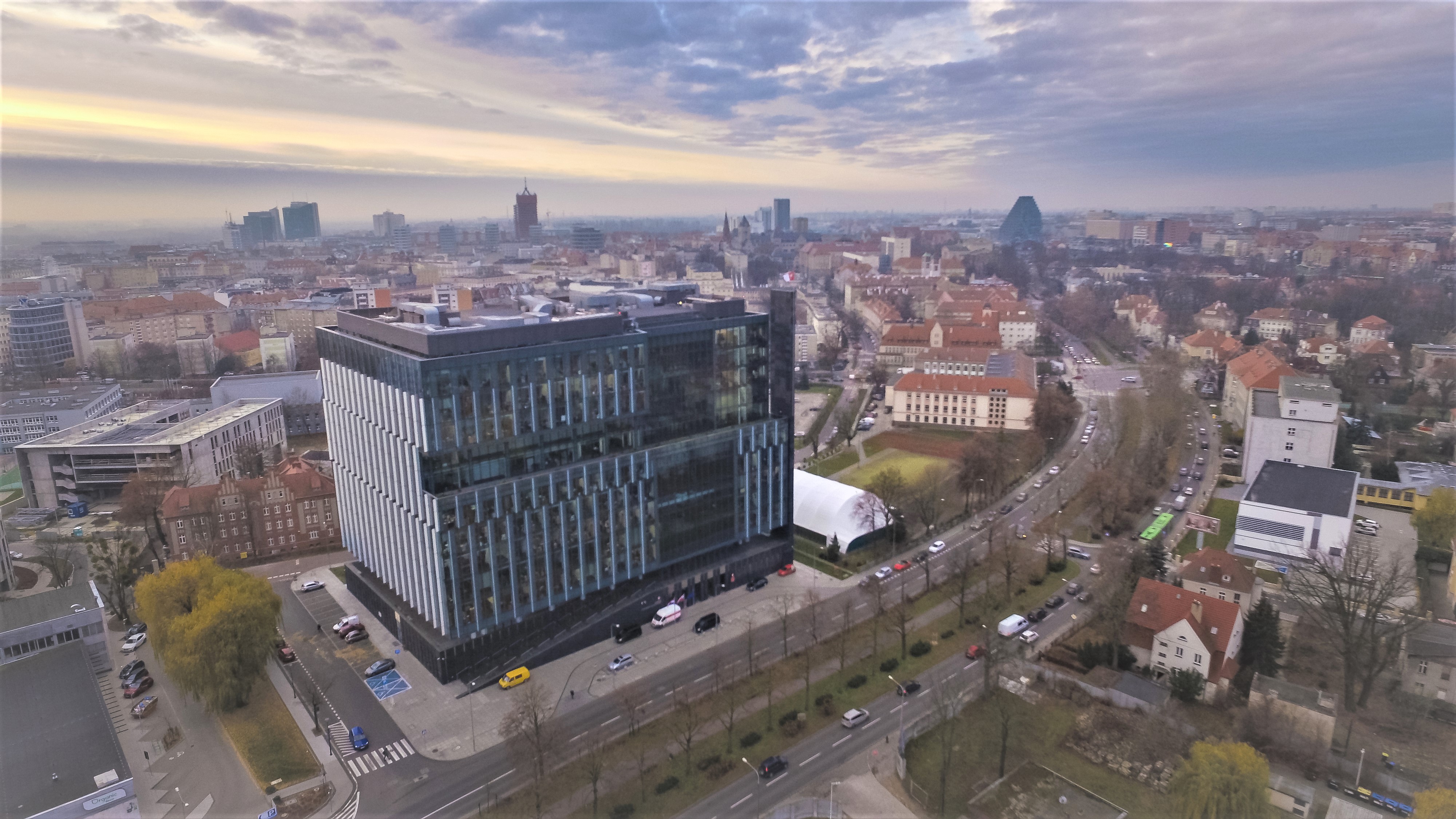 Among other things, the remedy for toxic evil is to be anti-smog resolutions, prohibiting the operation of obsolete boilers and heating furnaces and selected types of fuels. These are in force in Greater Poland as of 2018 and introduce:

Immense funds are transferred to the realization of the above assumptions (among others, from the National Fund for Environmental Protection and Water Management). By 2026 at the latest, the air status throughout Poland (including in Greater Poland) is expected to meet standards in accordance with EU and national legislation.

In addition, over PLN 1,500 million was allocated to air protection activities in the Greater Poland Regional Operational Programme - WRPO between 2014 and 2020. Money has been donated, among other things, to: low-carbon strategies (in the area of urban mobility and urban transport), comprehensive energy modernization of public buildings and multi-family residential buildings, energy generation from OZE, or increased competitiveness enterprises by improving energy efficiency.

The success of the actions taken is also responsible for the proper education of the local community, which is emphasized in Greater Poland.

According to the report “Poles and air protection. Social norms as a source of change?” , which was prepared by the Polish Economic Institute,

More than 70 per cent of residents of multi-family buildings (and only 54 per cent of single-family homeowners) condemn heating of homes with a stove that meets current technical standards and accept reporting to the relevant authorities of the use of neighbors improper furnace or fuel and punishing the mandates of users of prohibited furnaces. 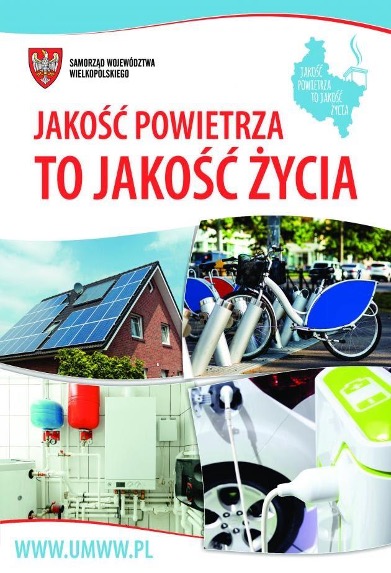 The people of Greater Poland also have an awareness of how vital the fight “against the pollutos” is. Education is carried out here on many lines. One does not have to look far for examples - we will hear about the information campaign “Air Quality is Life Quality” on radio and television.

Messages will also reach us from billboards, posters, interesting handouts, and guides.

Believing that the “word shall become flesh”, the need to fight smog is also spoken about more and more loudly during conferences and trainings organized throughout the region. Educational materials are available for free on the website of the Marshal Office of the Greater Poland Voivodeship in Poznań (https://www.umww.pl/).

There we will also find basic information about the competition “Błękitno-zieloneinicjatywydla Wielkopolski” (Blue-Green Initiatives for Greater Poland), which promotes local action on climate protection and countering the effects of its changes.

Objective
The programme is intended to strengthen and help preserve biodiversity. Its principle: “Any green can foster biodiversity and become a structural component of the global ecological network.
Beneficiaries
local government units;
inter-municipal unions and associations of local government units;
entities with the status of a public benefit organization, NGOs;
family allotment gardens;
rural housewife circles;
villages;
circles of the Polish Fishing Association;
Subject of funding
The financing will be covered by undertakings involving the implementation of the related functionally investments in the field of conservation and strengthening of nature and its natural processes, in particular:

small places for rest with seats and greens, such as parklet;

plantings of old (Polish) varieties of trees and shrubs;

small retention ponds with an area of up to 0.3 hectares.

Submission of applications for funding under the Programme
Applications should be submitted on a given form by 14 May 2021. The date of submitting the paper version in a closed envelope annotated “Programme” is obligatory to preserve the application deadline. Name: “Blue-Green Initiatives for Greater Poland” (passed through a courier, sent by mail or filed in person) to the Office of Marshal of the Greater Poland Voivodeship in Poznań, al. Independence 34, 61-714 Poznań.
Conditions for funding
The applicant has the right to submit one application. The proposed endeavour cannot be co-financed by the European Union, the National Fund for Environmental Protection and Water Management, the Provincial Fund for Environmental Protection and Water Management in Poznań or by other means of the budget of the Greater Poland Voivodeship. The duration of the endeavour shall not be less than 5 years from the date of acceptance of the final report on the performance of the endeavour. For receipt, only endeavours on the property to which the Applicant has legal title at least until December 31, 2027 may be notified.

It's already a lot, but not everything yet...

Another action aimed at ensuring clean air for the inhabitants of Greater Poland is its adequate protection. Implementation of corrective actions was determined by 30.09.2026. They include, inter alia: 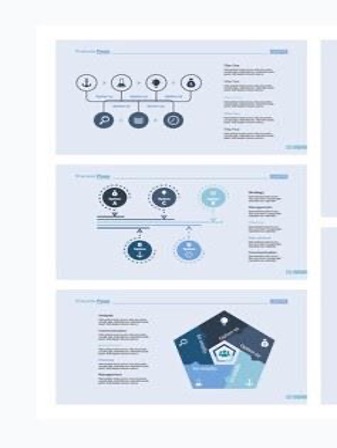 Proceeding from the assumption that it is necessary to measure high, on March 11 of this year the Board of the Greater Poland Voivodeship adopted the Strategy for Climate Neutrality of Greater Poland East 2040. The focus on this subregion is not random.

Approximately 70% of greenhouse gas emissions in Greater Poland are precisely in Eastern Greater Poland, which puts it at the forefront of regions with the highest CO2 density in Poland and Europe.

The most important assumption of the strategy adopted under the EU climate objectives is to set a pro-climatic approach to the development of the region and to identify longer-term directions, which will result in reducing greenhouse gas emissions and improving air quality. The issue of developing and increasing the importance of renewables, reducing energy demand and increasing energy efficiency is also not overlooked. In this area, you need to tightly turn up the pace!

Although global trends point to decarbonization, in Poland (including in Greater Poland) we are still very conservative when it comes to this 'dirty case'. In 2020, the resort ensured that coal share of electricity generation would be 60 per cent. In PEP2040, we fork 56-60 percentage points of carbon in electricity generation in 2030. Ten years later, that share is expected to halve.

Its brick for a “good change” in favour of clean air is provided by one of the largest private energy groups in Poland, which operates in Greater Poland East. This made the decision not to launch new lignite outcrops, which is certainly dictated by the depletion of most exploited deposits after 2035. The question is only whether Greater Poland is ready to significantly accelerate the processes of economic transformation, without which, it will be difficult to halt the phenomenon of energy poverty.

The implementation of the Climate Neutrality Strategy by 2040 is also intended to help the LIFE (more about it HERE) funding . The Greater Poland Voivodeship has requested €16 million to be allocated to the fight to improve the quality of the environment, including the natural environment. The proposal awaits formal assessment and favour of the authorities issuing the final decision. This will be doubly valuable, because the region is poor in greenery - afforestation in Greater Poland Voivodeship is lower than the nationwide average and lowest (less than 10%) in municipalities located in the central and eastern parts of the region. For this reason, the “colors of hope” are at a premium here. 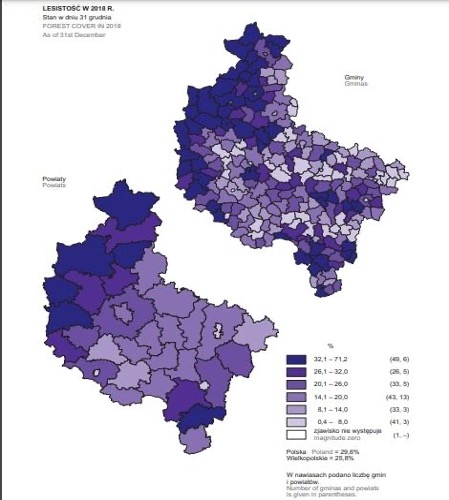 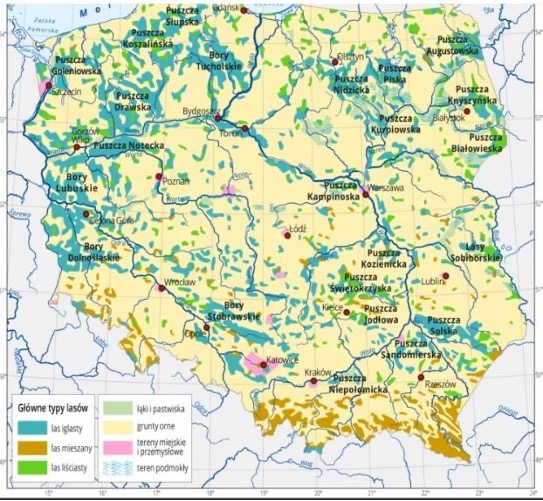 One cannot get water from a stone...

In addition to fighting smog, improving air quality and protecting green areas, Greater Poland must pick up a gauntlet thrown by... water.  The small amount of rainfall here contributes to its unfavorable balance, which is below the national average. The central and eastern parts of the voivodeship are exposed to the largest deficits. It is influenced by, among other things:

The local government of the Greater Poland Voivodeship quenches the regional desire, among other things, to expand the sanitary sewer network in rural areas. Thanks to this, the proportion of the population using wastewater treatment plants has significantly increased, and this trend is expected to continue in subsequent years.

The second largest province in Poland is taking numerous measures to breathe truly clean air by 2040. While there’s quite a lot going on here on this issue, the scope is still wide. Happily, both officials and local governments do not rest on their laurels and set out further ambitious goals.
The card with the inscription “future” bears such records as, among other things:

Bearing in mind the saying so close to the heart of the Greater Poland inhabitants - “There must be order,” to fulfil the ambitious provisions to fear is unlikely to need. Hopefully, the time and available means will be on their side! 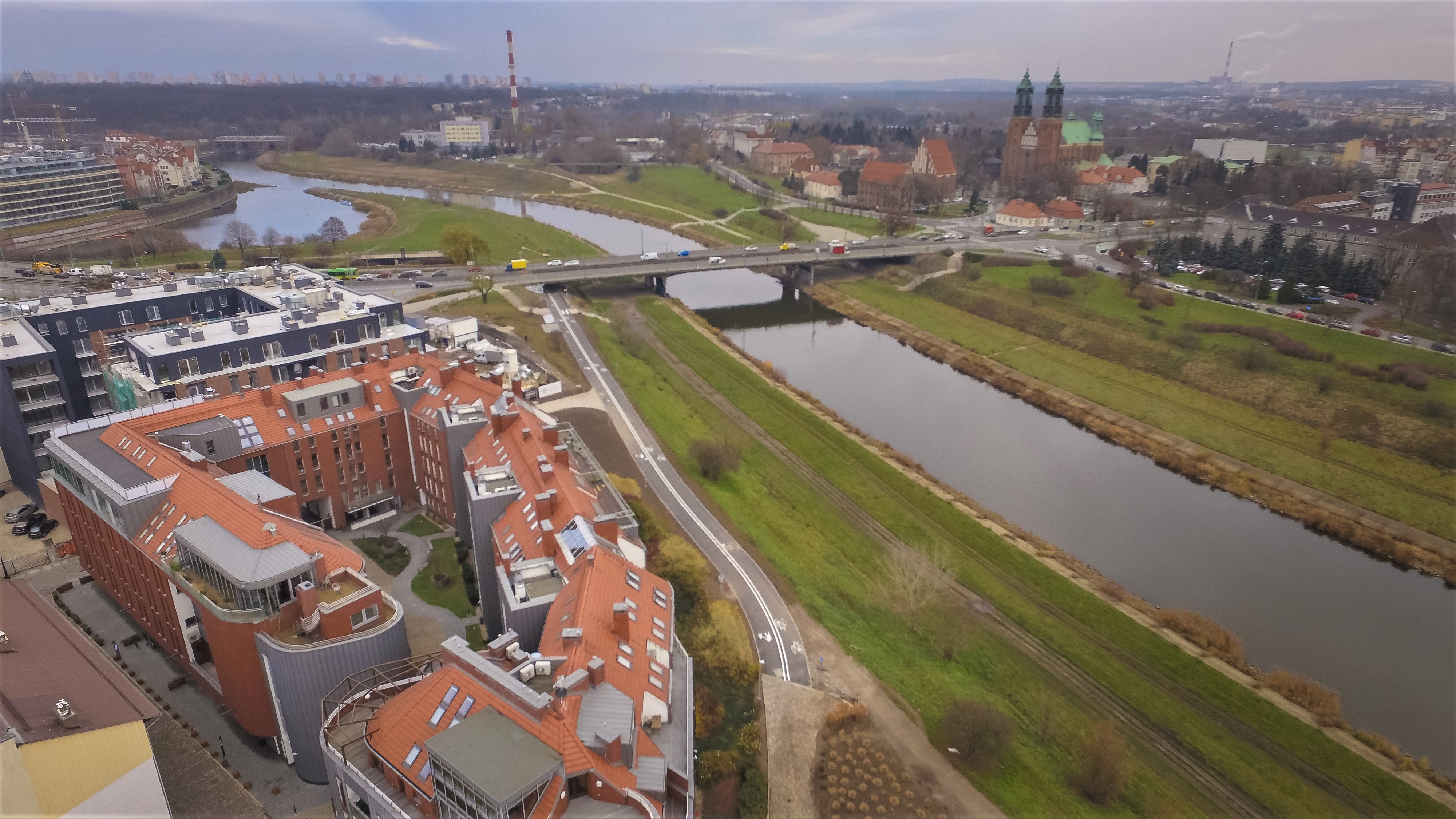 Świętokrzyskie unleashes potential
The Opolskie Voivodeship is fighting for cleaner air... with greenery!