The Opolskie Voivodeship is fighting for cleaner air... with greenery!

It is the smallest and one of the warmest voivodeships in Poland, which can boast an abundance of valuable areas of landscape parks. The fertile soil is abundant in mineral resources and the forests and waters are also valuable resources. However, the rate of afforestation is not high, which makes the fight for good-quality air difficult. For this reason, greenery is struggling to flourish here! What else, apart from planting trees, are the voivodeship authorities going to do to allow people to breathe better?

Diversified forest areas of the Opole region cover almost 27% of the area, which places the voivodeship in 11th place in the country. Three landscape parks have been created in the areas that preserved their original character:

They are distinguished as valuable natural, historical and cultural centres. There are also 25 areas included in the Natura 2000 network within the voivodeship, where natural habitats and valuable species endangered with extinction are preserved.

The resources of mineral deposits, including: limestone and marl, backfilling sands, stones,  clays and loams; determine the development of the cement and lime industry, which is the basis for the region's economy as well as an important element of national production. The food industry is also being developed here, including:

The Opole region is also involved in the production of chemicals and chemical products. However, the activities necessary for the development of industry have a negative impact on air quality. Air pollution is the main challenge for the region's authorities.

It is hard to breathe here

A large concentration of chemical, petrochemical and energy industries (mainly in the Kędzierzyn-Koźle district), combined with low afforestation make the fight for high air quality a particularly difficult challenge.

Fortunately, there is a lot of money spent on activities to improve this situation, which brings tangible results. A total of 6,300 trees were planted in Opole in 2019, which is more than twice as many as the year before. In addition, in 2020, Kędzierzyn-Koźle won the urban greenery category, for cities with less than 100 thousand residents, in the national Eco-City competition.Then what is the largest problem when it comes to air pollution?

As we can read in the report from 2020 which was prepared by the Chief Inspectorate for Environmental Protection: individual heating of households is the largest source of exceedances of PM10, PM2.5 and B(a)P. 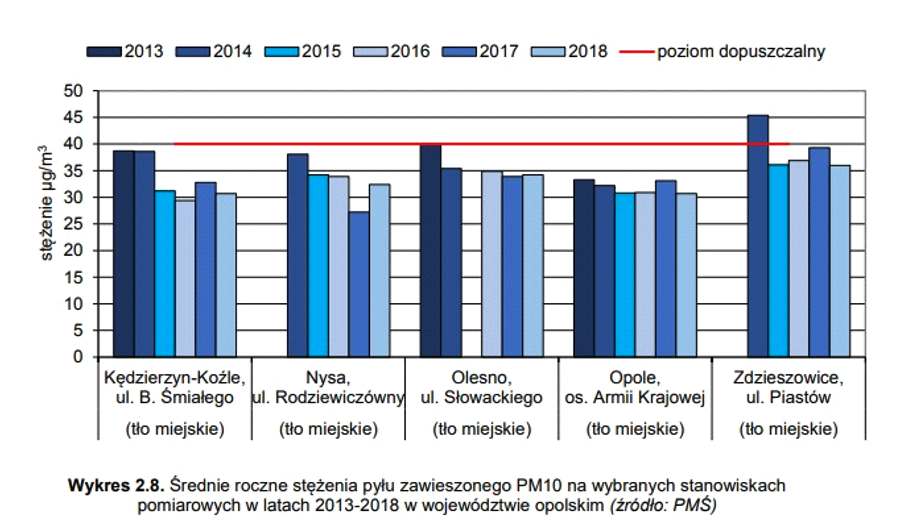 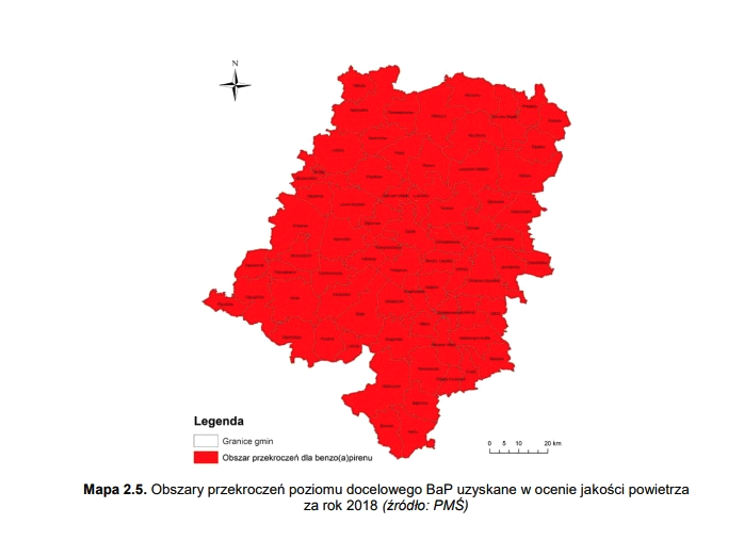 For this reason, thousands of domestic heating boilers need to be replaced, which is a large organisational and financial challenge! In order to support the difficult mass process of replacing domestic heating sources and to ensure the achievement of the goals set out in the Air Protection Program, on November 4th 2020, the Management Board of the Opolskie Voivodeship signed an agreement with the European Commission for the implementation of the LIFE Program. It assumes the creation of a uniform information system supporting the implementation of OP and increasing social awareness in this regard.

Removal or replacement of a heating source at individual recipients is financed by the Cohesion Policy under Measure 5.5 of Air Protection in ROP OV 2014-2020. The value of the signed contracts for the replacement of boilers is PLN 41,573,122.97, and of other measures improving air quality: PLN 815,087,590.64.

It is not only local governments and the inhabitants of the voivodeship that are working to improve the air quality in the region. Such activities are also carried out by plants in Opole, including, among others, PGE Górnictwo and Energetyka Konwencjonalna SA Branch Opole Power Plant. Since the beginning of their operation they have been equipped with an automatic system for measuring pollutant emissions released into the atmosphere.

The most important thing is education – to know "why?"...

Bottom-up social initiatives are of crucial importance in the fight for clean air and the subsequent improvement of the quality of life. People need to be aware not only of how to act, but why? This is why the Opolskie Voivodeship invests in education.

In August 2021, the municipal air protection program (APP) coordinators (financed under the project) will start working in 42 municipalities. They aim to prepare and implement a standardised reporting system, to be used by all local governments in the Opolskie Voivodeship, supporting the implementation of OP. For this reason, all actions taken will be the result of data analysis. The system will be based on the collection of information about the state of air quality in real time (based on at least one measurement point in each municipality), and will be reporting on the implementation of activities and monitoring its effects. One of the main priorities is to increase public awareness of air quality issues.

In total, over 86 people will benefit from postgraduate studies. Correct training will ensure:

Each of the trained persons will conduct at least 10 educational and activation meetings with the inhabitants of their municipality. In total, a minimum of 400 meetings with 5,000 people from the Opolskie Voivodeship are planned.

Support in expanding knowledge will also be provided by special materials (educational and operational) aimed at social activation in the implementation of AQP (projects co-financed by the European Regional Development Fund under the Innovative Economy Operational Program).

Pure water will add health? Not yet in the Opole region.

The river network in the voivodeship is highly developed and exposed to pollution. This is due to, amongst other things, insufficiently developed sewage infrastructure, and hence, improperly discharged sewage from urban and rural areas. As part of the improvement of the situation in the voivodeship, the National Municipal Sewage Treatment Plan is being implemented.

Another problem is the agricultural drought first recorded in 2019. In the middle region of the Oder River, the 4th-class risk of atmospheric drought was identified, as well as other regions that areareas with moderate or high risk. In order to counteract the negative effects of drought, it is necessary to use various forms of natural and artificial water retention (e.g. by restoring or maintaining natural ecosystems, or construction of water reservoirs).

In September 2019, the Government of the Republic of Poland adopted the assumptions of the Retention Development Program for 2021-2027 with an outlook until 2030 (DP). As part of it, 94 investments are planned, which are to be finalised by 2027, and their cost will amount to over PLN 8 million.

In the Opolskie Voivodeship, the authorities carry out many activities aimed at protecting natural ecosystems, habitats and communities in the natural refuges of Natura 2000 areas. Air and surface water pollution remain the largest challenges.The planned pro-ecological investments financed, inter alia, by the Regional Operational Program, as well as with the support of the National Fund for Environmental Protection and Water Management and the Provincial Fund for Environmental Protection and Water Management in Opole, allow us to hope that the so far slow improvement of the environment in this region will definitely accelerate.

Authors: TOGETAIR based on materials from the Marshal's Office of the Opole Voivodeship

Greater Poland: It feels lighter to breathe, but the smog continues to poison
Natural environment of the Kuyavian-Pomeranian Voivodeship. Today and tomorrow