For years, Western Pomerania has had aspirations to be the greenest Polish voivodeship. Already, air quality is best in Poland, and most of the electricity used comes from OZE.

Tourism is the strongest branch of the West Pomeranian economy, among other things, it is why the local government authorities of the voivodeship care about clean air. - On  one hand, Western Pomerania is windy and flat, on the other - many tourists come to us in the summer. Therefore, the air in cities and along the main transport routes are more polluted. Of course, our air is much better than, for example, in cities in the south of Poland, but worse than in the Nordic countries. And we want to equate precisely to them,” insists Olgierd Geblewicz, Marshal of West Pomeranian Voivodeship.

Western Pomerania did not bypass the problem of using out-of-class furnaces (boilers) of the so-called “pollutos”. The local government of the voivodeship is fighting this problem, e.g., by adopting an anti-smog resolution in 2018, which introduced a ban on burning certain types of fuels from 1 May 2019. Out-of-class furnaces will only be able to be in use until 1 January 2024, and until 1 January 2028 - boilers below 5 class emission standard. Residents will be able to apply for funding for exchanges under the West Pomeranian Anti-Smog Programme.

— As I have pointed out many times, clean air is our common cause. In Western Pomerania, the European Union turned out to be an ally in the fight against smog. The green light from Brussels allowed us to run contests for municipalities. We estimate that the funds reserved in the pilot programme will allow for the replacement of 2.7 thousand obsolete boilers and thermomodernization of about 400 single family houses - said the Marshal. 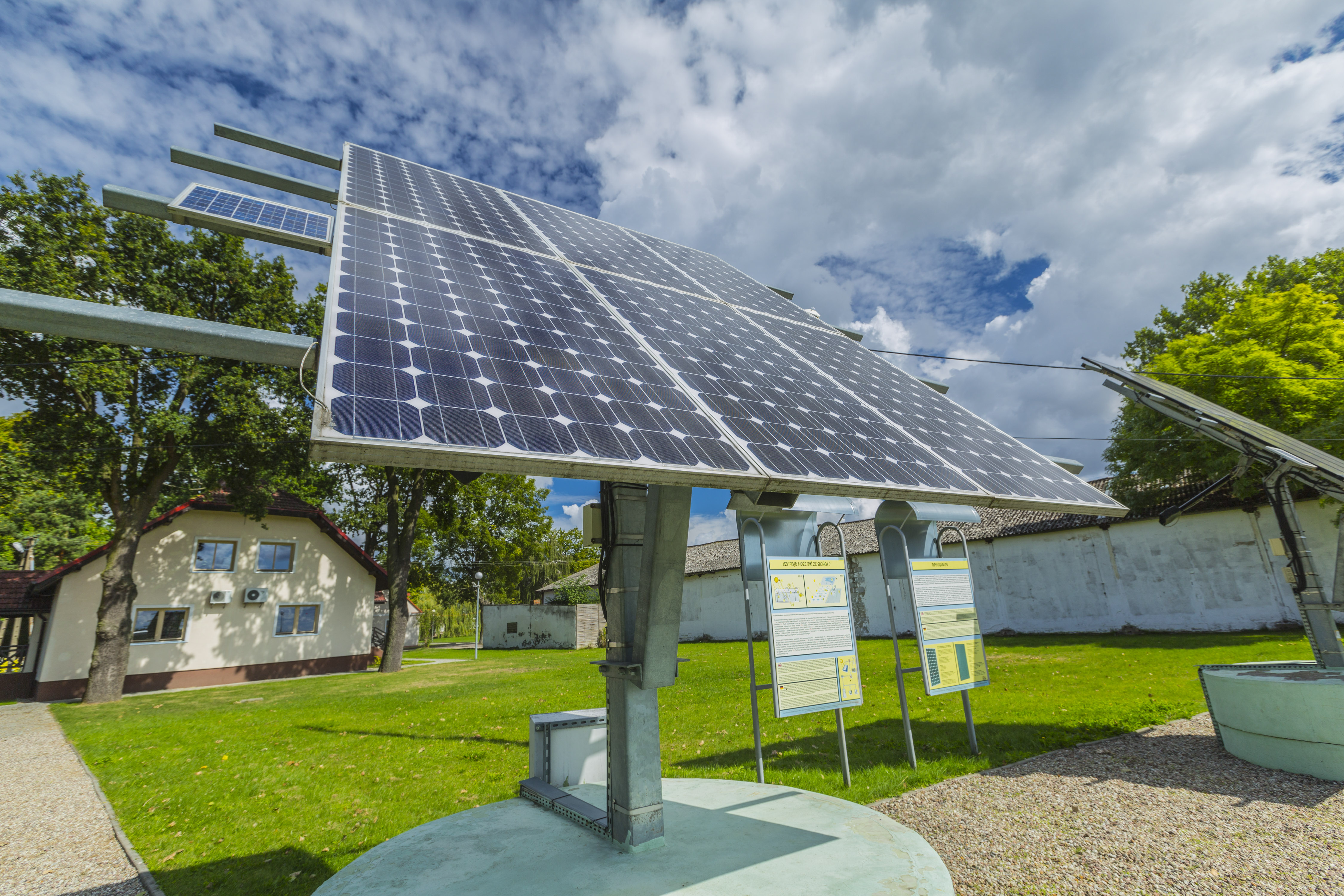 Admittedly, air quality in Western Pomerania is better than other regions of the country, but this does not mean that action should not be taken to make it even better. As yet, no exceeds of the information level and alert level for particulate matter of PM 10 have been recorded in the West Pomeranian Voivodeship area. There have been cases of risk of exceeding standards for the Szczecin, Szczecinek and Myślibórz area.

The fight for good air quality belongs to some of the priorities of the local government of the West Pomeranian Voivodeship. Since 2008, air protection programs have been enacted, and a 2018 anti-smog resolution enacted from 1 May 2019 a ban on burning unsorted fuels, mules and flotoconcentrates of coal and lignite. In addition, by 1 January 2024 boilers substandard so-called classless furnaces, i.e. “pollutos”, must be replaced and by 1 January 2028 boilers below the 5th class emission standard will need to be replaced.

Other activities are also worth mentioning. “Prosument”, “Lynx” and “Kawka” (a programme invented in Szczecin) are initiatives that helped improve the natural environment in West Pomerania. More than 3.5 thousand old furnaces were liquidated in the region and 35 thousand in the entire country, which is as many as poisoned in Cracow at the time.

Unfortunately, among others, the “Kawka” program was shut down by the government administration and the National Fund for Environmental Protection and Water Management (NFOŚiGW). The West Pomeranian Marshal's office were looking for local opportunities in filling that gap, given that the procedures involved in launching the Clean Air program were dragging on.

- We waited a long time for the West Pomeranian Anti-Smog Programme. The previous PO-PSL government started the implementation of the “Kawka” programme, which was supposed to eliminate smog from our cities. Thanks to it, in Szczecin, Szczecin and Koszalin, more than 2000 sources of low emission, thus known as pollutos. Unfortunately this programme, with the change of government, was shut down. For a long time, I have solicited such a program based on the resources of the Provincial Environmental Fund. Unfortunately, we have not met with a positive response. Accordingly, we have decided to implement our own programme from the Regional Operational Programme. This required a renegotiation with the European Commission. Today, after the contest is settled, we can say that another 2,000 sources of low emissions will be eliminated,” explains Marshal Olgierd Geblewicz.

However, it was possible to find more than 35 million PLN in the Regional Operational Programme of the West Pomeranian Voivodeship, which allowed the launch in 2019 of the West Pomeranian Anti-Smog Programme. This programme is 40 projects and 35 million PLN of EU funds. Residents will be able to seek support in their municipalities for 7.5 thousand PLN for the replacement of the furnace and 25 to 50 thousand PLN for thermomodernization. Eurofunds will help to name more than 2.7 thousand pollutos to local governments. They are being pursued by municipalities such as: Dziwnów, Goleniów, Old Czarnowo, Sławno, Sianów, Stepnica, Boleszkowice, Szczecin. Only in Szczecin, thanks to EU 2.2 million zloty aid another 250 obsolete furnaces will be replaced under the Zefirek scheme. — The West Pomeranian Anti-Smog Programme is running in full steam. This is an example that together with local governments, an effective partnership can be formed. It is an umbrella project, one of only a few in Poland, but I believe it will continue to grow from month to month. We are not waiting for the actions of other institutions. We have ourselves decided, organized and implemented an initiative that will allow us to improve the state of the air in the region. Admittedly, its quality is better in Western Pomerania than in other Polish regions, but we have aspirations to draw patterns from Western European countries, Scandinavia. A big prostrate for those local governments that have decided to file applications and reach for EU support in the fight for clean air. Certainly it is a challenge not for one year, but for a few years. I am therefore pleased that we have been able to encourage local municipalities and cities to perform anti-smog activities, says Marshal Olgierd Geblewicz.

West Pomeranian is the first in Poland to support local operating enterprises, scientific institutions and individuals in terms of initiatives, projects, eco-energy activities, working with the GREEN PHOENIX (Zielony Feniks) Foundation in the framework of the Green Phoenix Regional Award.

West Pomerania is also distinguished by its large participation in energy production from OZE — it is a national leader in this field. In 2020, more than 16.7% of the national energy from these RES sources was generated in Western Pomerania. In contrast, as much as 59% of the electricity consumed in the voivodeship was produced from OZE with a national average of 12.9%. The voivodeship is unappealingly ahead in exploiting the potential of onshore wind power. By the first quarter of 2020, nearly 240 plants producing electricity from renewable energy sources with a total installed capacity of 1675.6 MW were in operation in West Pomerania, accounting for more than 18.3% of the OZE capacity installed in the country.

In West Pomerania, there is also a growing demand for municipal installations. In Szczecin in 2018, one of the country's most modern installation of thermal conversion of municipal waste was established. In addition, in the voivodeship there are 12 mechanical-biological waste processing installations with high standards. There are also 13 composting plants, 23 mainly agricultural bio-gas plants, 21 selective waste sorting plants and 15 alternative fuel production plants.

The reports submitted to the Marshal Office show that there is a growing awareness of the need to segregate waste in Western Pomerania. Residents are segregating more and more rubbish, but unfortunately, increasing amounts of mixed waste are being generated. With laws imposing a greater recycling containment on local governments every year, municipalities are increasingly having trouble reaching these levels. 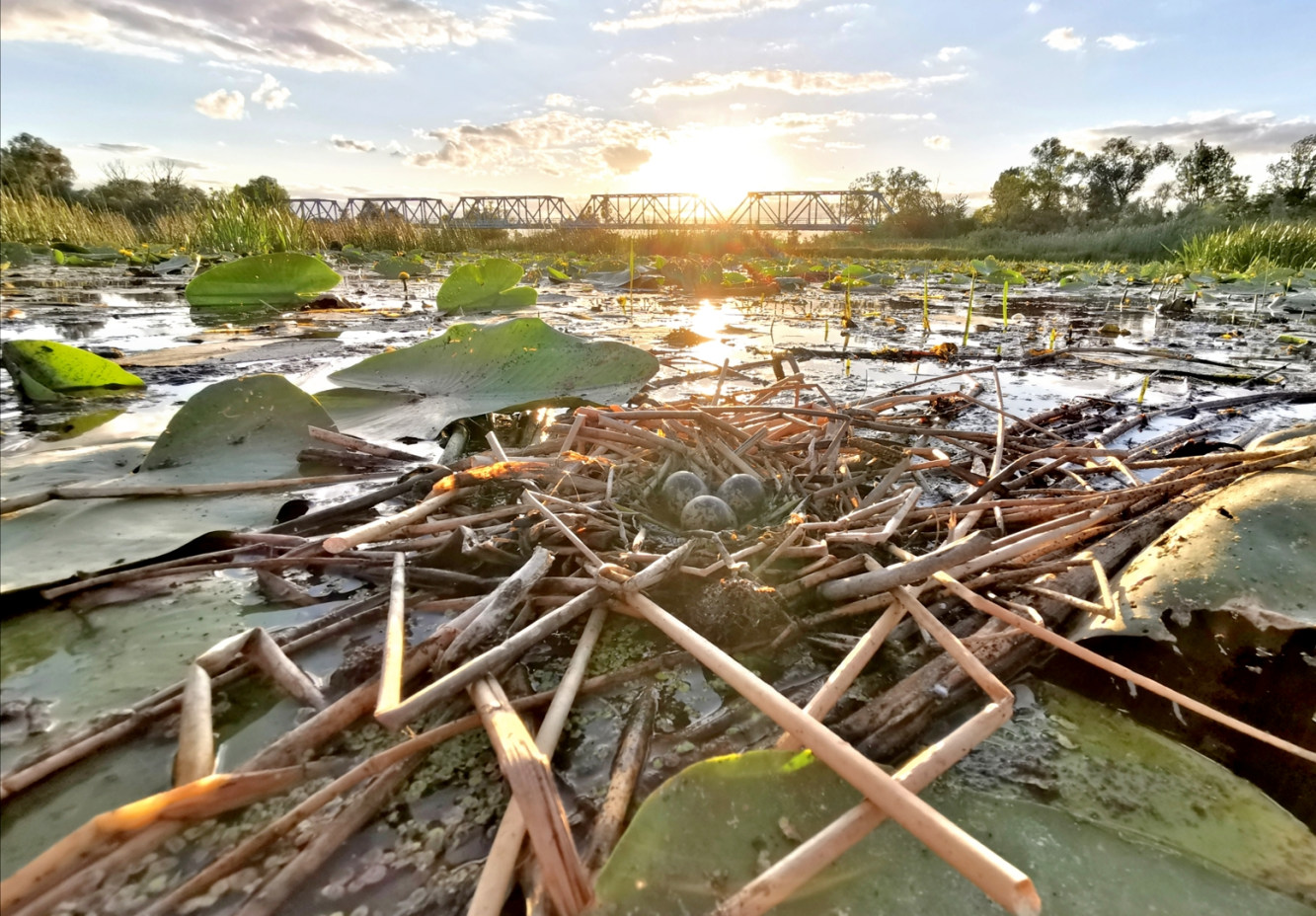 For 7 years, the local government authorities of the West Pomeranian Voivodeship have supported water companies. The £1.5m handed down so far has allowed ditches to be demulated, repairing banks, clearing pipelines and removing drainage failures. EU funds are used for water and water-sewage activities. More than PLN 100 million has been allocated from the Rural Development Programme 2014-2020 for the construction, redevelopment and modernization of wastewater treatment plants, water treatment stations and water hubs.

In addition, the voivodeship takes care of the security of water resources and flood protection. It has been decided to ask for EU aid from the Regional Operational Programme of the West Pomeranian Voivodeship 2014-2020 for this purpose. The aid went to the Water Management Authority“Wody Polskie”. Unfortunately, in the case of a small retention, the beneficiary failed to meet the task - he put off the start of the investment to eventually return more than PLN 13 million. This applied to activities on the rivers of Stuchowska Struga, Ina, Radew, Ponia and lakes of Jamneński Nurt, Morzycko, Kościuszki, Koscielne, Korytowo, Raduń and Łabędzie Bagno. The PGW “Wody Polskie” managed to implement ventures on flood defences with EU aid in the amount of PLN 40 million. For example, securing Stargard on sections of the river Ina, securing Darłowo on a section of the Wieprza River, securing the Miłoszewo-Brzózka section and the Royal Canal section.

The voivodeship also boasts eco-friendly investments. It was the first in Poland to purchase 2 hybrid trains with the option of buying more. Residents of the province use 250 new low-emission vehicles - on hybrid buses put Szczecin, Szczecinek, Stargard, Koszalin and Kołobrzeg. In addition, a coherent network of cycle routes is being built so that it is possible to cross Western Pomerania on a bicycle without alighting from it for more than 1000 km. The Szczecin buildings of Poseidon and the emerging new seat of the Marshal’s Office set new green standards, and the innovative solutions used such as energy use and rainwater use have obtained the BREEAM certificate.

260 wind farms, 2 geotherms in Pyrzyce and Stargard have entered the landscape of the region. The voivodeship leader in biomass energy production is the Lower Oder Power Plant in Gryfina, currently investing in modern gas block solutions, while Szczecin Power Plant burns 600 thousand tons of biomass annually. In addition, the voivodeship is fighting for the western road bypass of Szczecin, or eco-corridor.

In turn, the Landscape Parks Team of the West Pomeranian Voivodeship prepared new attractive places such as the observation deck in Widuchowa, the observation tower in Ińsk, the observation platform on the bridge in Siekierki and as part of the project “Nature Without Borders in the Unique Valley of the Lower Oder” created artificial breeding platforms for birds of prey in the reserves of Bielinek and Wrzosowiska Cedyńskie.

Plans for the future

Thermomodernizations, replacement of furnaces, small retention, photovoltaics, purchase of eco-transport or replacement of lighting for leds — West Pomeranian entrepreneurs, local governments, residents and housing communities could count on the financing of such activities in the 2014-2020 perspective. So far 430 agreements have been signed with beneficiaries, allocating nearly PLN 650 million from the EU Regional Operational Programme of the West Pomeranian Voivodeship for these needs. The current outlook is nearing its end. No further recruitment is foreseen for 2021. Entrepreneurs can also reach out for support, for example, of the Energy Plus programme, and residents for help from the “Mój Prąd” (My Current) and “Moja Woda” (My Water) programmes.

It is worth noting that environmental protection will be one of the pillars of the future 2021-2027 prospect. The European Union is placing a strong emphasis on the new European green harmony. According to the assumptions of the transformation of the power generation system, it is advisable to move from high emissivity (e.g. coal) through low emissions (e.g. fossil fuels), to self-sufficiency and zero-emissivity like heat from pumps, wind farms or solar installations. Western Pomerania also wants to take advantage of it, and environmentally friendly solutions will also be implemented in this region. Therefore, the plans are to expand the West Pomeranian Anti-Smog Programme with new elements, the development of energies based on OZE and the improvement and sealing of the waste management system.

“In an environmental context, we are a leader and we want to stay in this place. In the new perspective, we need to invest in energy efficiency, OZE, water management, circular economy and low-carbon urban transport, Marshal Olgierd Geblewicz announces. 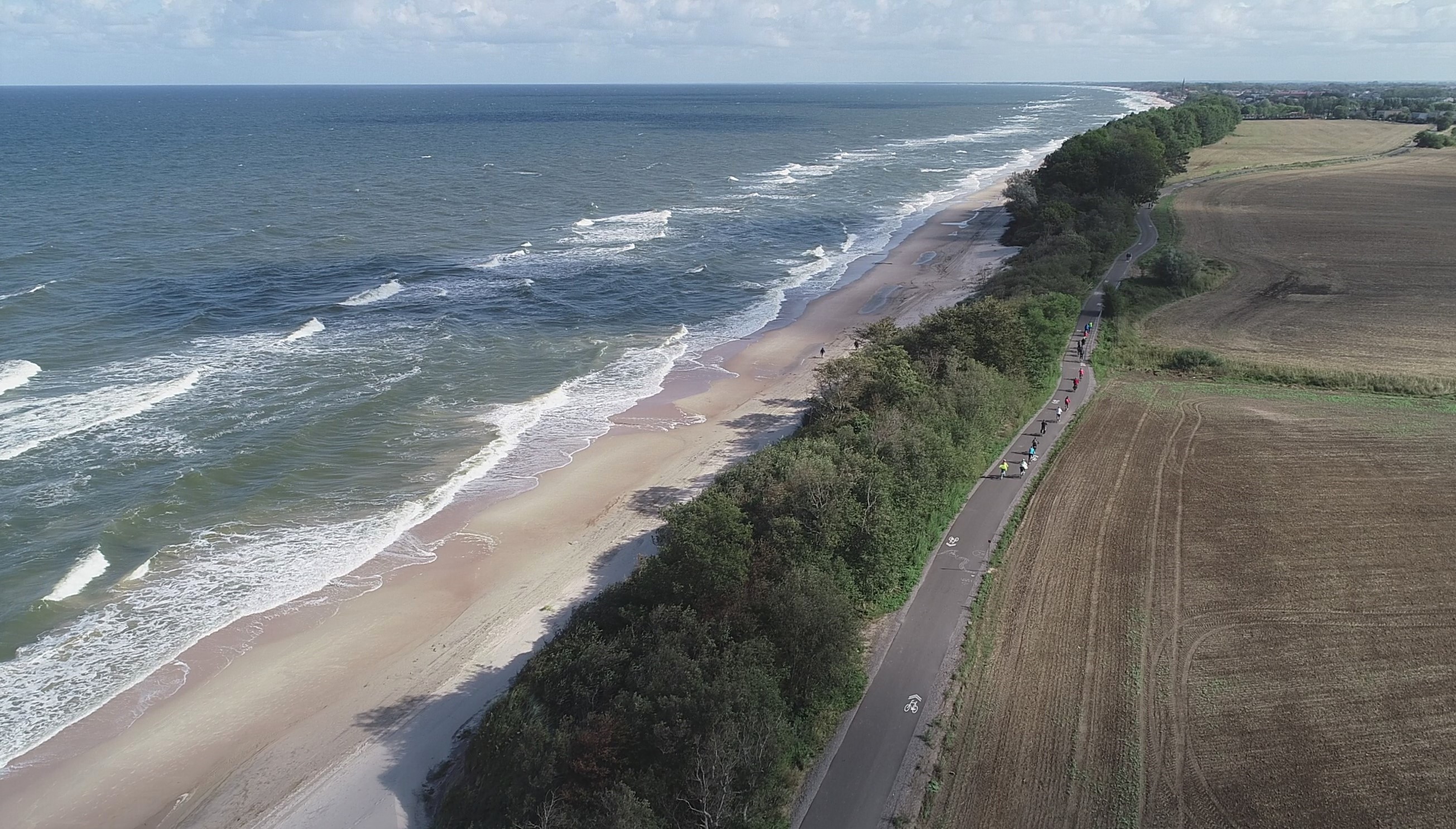 The Pomeranian Voivodeship for climate: Loans, investments, and systemic support for air protection.
Małopolska pioneers the fight for clean air