It is forced by the specificity of the region, where economically very developed areas are adjacent to the less developed ones. In addition, the local government tries to make the inhabitants aware of the importance of their actions. Meanwhile, most of them still blame the pollution on the industry.

Mazovia is a very diverse and heterogeneous region. It is also the largest area in Poland, which can provide both advantages and disadvantages. The advantage is certainly the highest level of economic development in the country - nearly 40% of economic entities in Poland are located in Mazovia. However, these entities are most often concentrated around large urban centres, which makes the region heterogeneous. As a result, it is difficult to pursue an air protection policy. In this respect, the policy in Mazovia must be adapted to both the most and least developed municipalities. However, it faces many barriers. The difficulties can be divided into legal (frequently changing law, underdeveloped solutions, e.g. lack of executive regulations), organizational (e.g. inadequacy of the country's energy strategy to the needs of climate challenges, unclear plans to diversify energy sources) and financial (e.g. poor coordination over funds supporting actions for climate protection, preventing the negative effects of climate change: division of competences). These unfavourable conditions also hinder the full development of renewable energy sources, for which Mazovia has good climatic and geographical conditions.

Large challenges of the region involve social obstacles, such as: energy poverty, low awareness of the region's inhabitants about the existence of the anti-smog resolution (only approximately 26% of the respondents knew about the resolution) and the source of the air pollution problem (72% of the respondents for industrial plants and power plants consider the main culprits of air pollution), while their estimated impact in Mazovia is only approximately 10%. Still few people know that the improvement of air quality depends to a large extent on them. As many as 55% of the inhabitants of Mazovia using solid fuel boilers do not intend to replace the furnace.

On the one hand, the inhabitants submit petitions, organize marches, pickets and submit lawsuits regarding polluted air. On the other hand, there is still a large percentage of people who do not want to change their habits, which are not often related to satisfying basic needs, but only making time more enjoyable. In fact, efforts to eliminate their own negative environmental effects or to change them into ones that do not harm the environment or help to improve it are undertaken by a small part of the society. There is a noticeable tendency to require the authorities to immediately improve air quality or to take pro-environmental actions without the willingness to participate in these actions. It is the involvement of the public that determines the effectiveness of the steps taken.

The regional government would like to show the inhabitants of the region that air quality depends primarily on themselves and their choices. It can be improved only thanks to the solidarity of all inhabitants, changed fuels used, good-class equipment and the use of low- and zero-emission technologies.

In order to change this situation, the provincial government carries out multidimensional and multidisciplinary activities aiming at air protection. These activities were intensified after the anti-smog resolution was adopted. They focus on education about the health consequences of poor air quality and the possibility of obtaining funds for the replacement of boilers, with the view to increasing public awareness and reminding about the introduced restrictions and bans. Some of them require the mutual cooperation of many different environments, including: local authorities, scientists, non-governmental organizations, representatives of business and the media. These activities can be divided into: strategic, informational and educational, supportive and financial (discussed later).

In September 2017, a specialized unit dealing with matters related to air protection was created in the structures of the Marshal's Office of Mazovia. Soon after, on November 11, 2017, the Masovian anti-smog resolution entered into force.  The resolution applies to all inhabitants of Mazovia. It introduces restrictions and bans on the use of fuels, the combustion of which causes the highest emissions of pollutants into the air in Mazovia. These bans apply to coal and wood. Moreover, it introduces an obligation for the inhabitants to replace old non-ecological furnaces. It will occur in stages, so that from 2028 only furnaces that meet the relevant emission requirements will remain in use in Mazovia. The first effects will be noticeable in 2023, because from November 2017 only furnaces that meet the eco-design requirements can be installed, and by the end of 2022 the most emissive heat sources will be replaced. Work is currently underway to tighten the anti-smog resolution. However, this process is time-consuming and requires gathering information on the actual energy situation in municipalities and conducting a series of analyses and consultations.

In addition, the voivodship parliament adopted the air protection program (APP), which is a key act of local law that specifies the frames for actions for municipalities, business entities and inhabitants. The new APP, adopted in September 7, 2020, consolidates 7 programs currently in force in Mazovia, which will contribute to the elimination of problems with the implementation of the corrective measures indicated therein. The most important of them are: reducing low emissions by replacing classless furnaces, the so-called furnaces emitting the largest amount of smog, education and information, and inspections, and in the case of Warsaw, also reducing emissions from transport. At the stage of creating a new air protection program, Mazovia sought for the possibility of sending notifications to the inhabitants in the RSO application and SMS from the RCB about the risk of exceedances, as well as the expected duration of the notification.

Work is currently underway on the use of the Mieszk@niec application to inform about air quality exceedances in Mazovia.

Education of the inhabitants

In addition, information and educational activities, such as the organization of regional events, regular meetings, conferences related to the subject of air protection, dedicated to supporting local governments in implementing air protection policy and exchanging information, is of crucial importance.

It is worth paying attention to the Clean Air Congress organized by the self-government of Mazovia in 2018-2021. The three editions of the event were attended by a total of over 1,300 people, including local government officials, scientists, representatives of business and non-governmental organizations. The fourth edition, organized on-line, was attended by approximately 14,000 participants The subject of congresses comprehensively covers issues related to air pollution - from a discussion of strategic documents to a discussion on activities in the area of ​​the communal and housing sector, transport, financing and the role of organizations and social movements, as well as media and artistic associations. Congresses are an opportunity to discuss solutions, the implementation of which can effectively improve air quality.

Training workshops were also organized for municipalities and city/municipal guards on controlling compliance with the provisions of the anti-smog resolution. A total of approximately 200 participants participated in 5 workshops organized so far. The workshop program was designed to convey both theoretical and practical knowledge. Their aim at ensuring the dynamic implementation of the anti-smog resolution in Mazovia, effective control of compliance with the resulting regulations, as well as improvement of professional qualifications of local government employees dealing with the air protection. The provincial government intends to continue the organization of the workshops. Furthermore, workshops for municipal employees on the Air Protection Program were organized.

In cooperation with the Cardinal Stefan Wyszyński University in Warsaw, postgraduate studies entitled "Air quality management in local government units" were developed for employees of public administration dealing with environmental protection. In the years 2019-2020, 3 editions of two-semester studies were launched, in which a total of 85 local government employees from Mazovia participated.

The research projects were started. One of them included the cooperation with Otwock, and concerned the reduction of low emissions. Its goal was to determine the ecological effect resulting from the replacement of conventional fuels (hard coal) used in the municipal-housing sector by the so-called smokeless fuels.

Among the activities addressed directly to the inhabitants, one can mention the launch of the website: www.powieoło.mazovia.pl, which is a knowledge base and source of information for all groups involved in improving air quality in Mazovia.  A survey on this subject must be conducted to get to know the inhabitants' knowledge about air protection in detail.

The local government is also searching for innovative solutions related to air protection (e.g. cooperation with ARP S.A. in organizing the competition "Giełda Pomysłów - ARP Innovation Pitch", the task of which was to gather as many stakeholders as possible who would like to develop new solutions for the region related to reducing low emissions, especially in municipality and housing sector or innovative solutions for communication with various social groups).

It will not be possible to improve air quality without financial support.

Since 2019, the voivodeship self-government has been implementing a support program for Mazovian municipalities in air protection activities under the name of "Mazovia’s Instrument Supporting Air Protection". During two years of the program implementation, the local government allocated nearly PLN 31 million to support municipal activities aimed at improving air quality. The municipalities received support for activities such as conducting an inventory of heat sources, educational and information campaigns, creation and revitalization of green areas, purchase of a drone to test the composition of smoke, purchase of air quality sensors and air purifiers. In 2020, support under the program was also provided for the implementation of obligations imposed on the municipalities by the air protection program. During the two editions, a total of 370 projects were co-financed (in 2019 - 103; in 2020 - 267). Financial support is continued in 2021, and the total amount of funds is PLN 11 million. Applications could have been submitted until March 26, 2021.

Funds from the Regional Operational Program for the Mazovia region 2014-2020, axis IV, were also available. Transition to a low-carbon economy (Euro 400,647,506 was reserved). As part of it, grants and loans were provided for renewable energy sources (concerning the installation of renewable energy sources), energy efficiency (concerning the thermal modernization of public utility buildings and the construction or reconstruction of electricity and heat generation units in cogeneration) and the reduction of air pollutant emissions (concerning the replacement of heating devices), construction of "Park and Ride" parking lots, construction of bicycle paths, as well as comprehensive projects in the field of urban mobility development. The total value of co-financing for these activities is PLN 1,506,088,792.46. 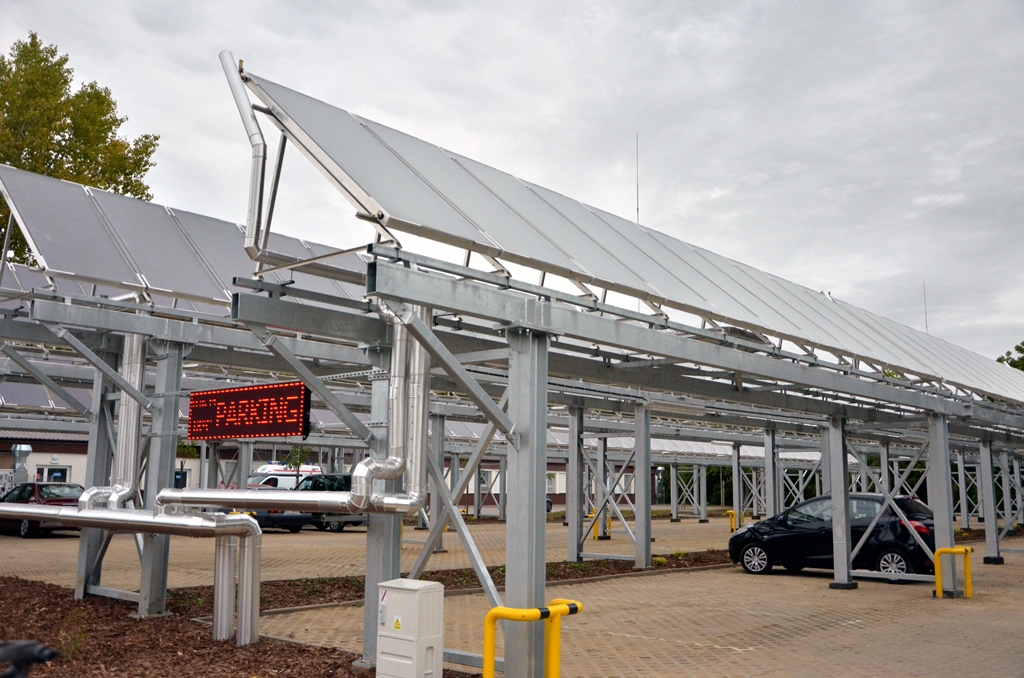 The European Funds will support the subject of air in Mazovia also in the years 2021-2027. In the new perspective for 2021-2027, activities related to energy efficiency will be continued. In addition, activities indicated in the new air protection program and related to climate protection will be supported, i.e. thermal modernization of public and residential buildings, air quality control, development of renewable energy in a distributed system and the purchase of equipment and infrastructure for disaster management, increasing flood protection and reducing the effects of drought, implementing measures to increase rainwater retention, counteracting the effects of drought and heavy rains in urbanized areas through the use of green and blue infrastructure.

These other initiatives have a chance to be co-financed.

The provincial government has provided subsidies, inter alia, for nationwide epidemiological research on the impact of smog on children's health carried out by the Medical University of Warsaw, ARC Market and Opinion and the Warsaw University of Technology. The research have shown that children cough, sneeze, have a runny nose and symptoms of inhalation allergy more often in places with the highest concentrations of PM10 and PM2.5. In addition, in these areas the number of children with asthma is four times higher than in those areas where the pollution is the lowest.

Non-governmental organizations (NGOs) can also count on subsidies. They are granted subsidies in open tenders for the implementation of public tasks of the Mazovia region related to informing the public about the introduction of the anti-smog resolution, the problem of air pollution and methods of combating them. In the years 2018-2020, 3 open tenders were announced, under which funding was granted for the implementation of 19 tasks by non-governmental organizations. The amount allocated for their implementation was approximately PLN 320,000.

Subcarpathia supports the ROP.
Mazovia is not only Warsaw’s problem.